The Lost Art of Postholing 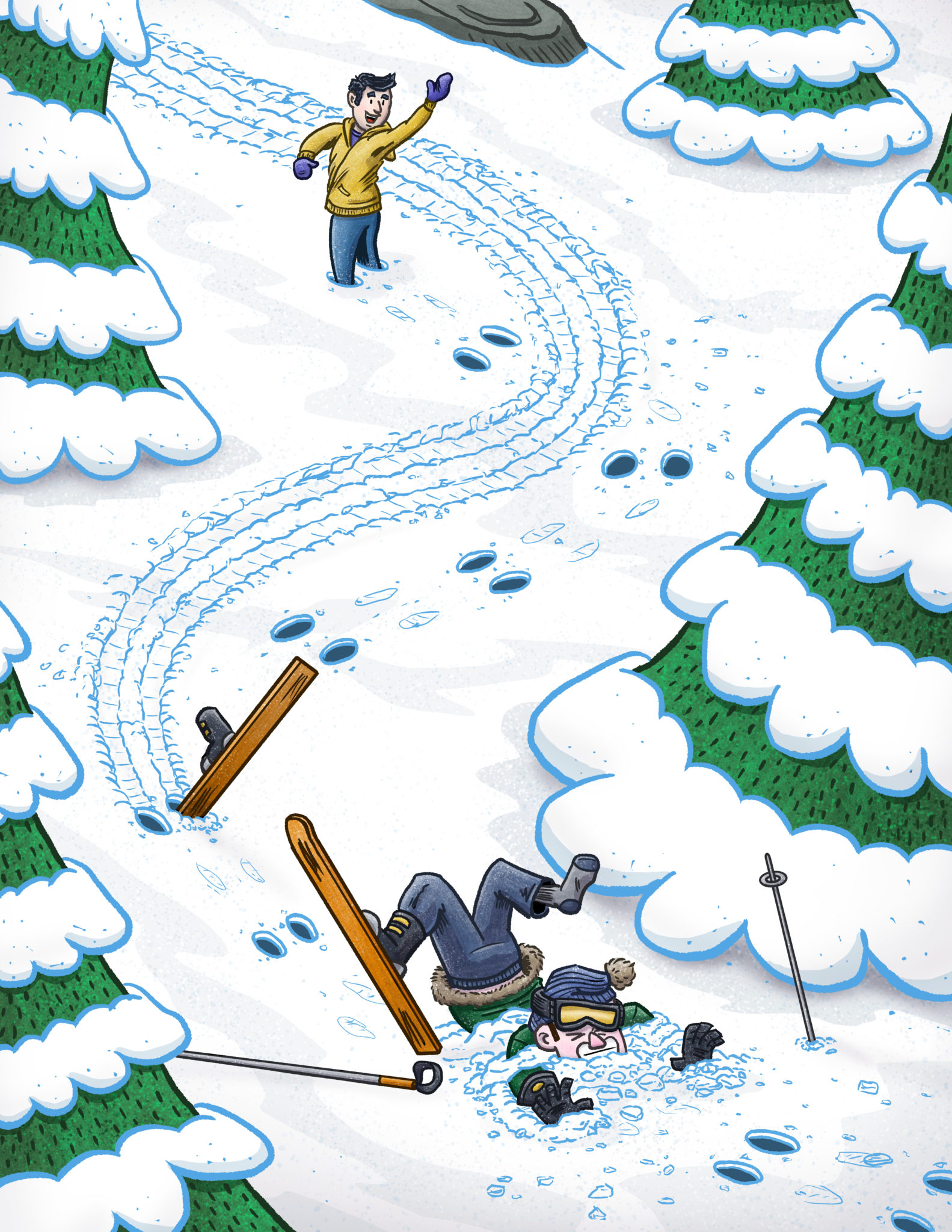 An avid backcountry skier shares his thoughts on how to make things more challenging.

Backcountry skiing has exploded in popularity. The COVID-19 pandemic certainly has contributed to a spike in touring interest, but Coronavirus is only the latest factor. The real culprit has been insidiously infiltrating ski shops for decades. Simply put, modern ski-touring gear has become so user friendly, that backcountry skiing is now too easy.

So to cut down on overcrowding in the mountains, it’s time to make backcountry skiing harder for everybody. It’s time to bring back postholing.

Postholing through snow is a fun and challenging way to travel in the mountains. For those modern backcountry skiers who have never experienced a mighty posthole session, and are confused by what it is, here’s the gist: postholing is the act of walking on snow, then falling through the surface, preferably up to your crotch. Your legs create deep chasms that look like postholes for a fence. The best postholing involves breakable surface crust, with deep, unconsolidated snow underneath. That way your postholing becomes wallowing on all fours, which ups the fun factor.

Postholing is really cool, but only if you do it right. Here are a few tips.

Postholing in jeans is like skiing in jeans. Slip on a pair of denim pants, and you’ll definitely look like you know what you’re doing. Jeans are a serious confidence boost in the mountains. The best part is that jeans will get soaked the second they come in contact with snow. Refreshing! Even better, is that after you’ve finished your epic slog and pause long enough to catch your breath, those jeans will freeze solid. Impress your friends by taking them off to see if your pants will stand on their own.

To be a real postholing pro, pair your jeans with a cotton T-shirt and hoody. It’s the perfect material because postholing is a great workout and makes you sweat a lot. So you might as well dress like you’re at the gym.

Everyone loves surprises, and postholers are no different. That’s why the best posthole day is when the snow is just firm enough to support your weight only some of the time. There’s no greater joy than walking on the snow’s surface, only to have your legs fall through when you least expect it. Even better is when the snow surface is breakable crust. The feeling of those sharp edges of snow scraping up your inner thighs as gravity takes you down will make you pray to the freezing-rain gods for more.

If the mountains are covered in dreaded powder and there’s no breakable crust to be found, then head to a popular trailhead and posthole up the skin track! Touring parties create a nice, compact trail to follow, so you don’t have to worry about route finding. The good part about skintracks is that they usually won’t hold your weight. But because of skier compaction, you won’t sink as far either. However, it’s still possible to leave behind generous pits. As you’re stomping up the skintrack, don’t forget to look back and relish the path of carnage left in your wake.

If you choose to posthole up a skin track, you may encounter backcountry skiers taking the easy way up: on skins and skis. They will be much faster, so step aside to let them pass. Chances are they’ll be pissed. If they complain about their skins losing traction over your glorious holes, tell them they’re being weak. If they protest, make a speech about public lands being for everyone and that they don’t own the skintrack. Laugh at the skiers if they lose enough traction to slide backwards, then keep postholing ahead of them.

The smaller your feet, the better you’ll be at postholing. So why would you ruin the experience by wearing snowshoes? Additionally, you may be tempted to use poles on your ascent. Sure, they’ll help with balance and they could assist you in getting your legs out of postholes. But remember, you’re suffering to make backcountry skiing hard again, and therefore more awesome. Save your poles for the descent.

You know what’s even better than postholing? Bushwhacking! So why not combine the two? Elevate your day by seeking out the thickest tangle of pucker brush you can find, preferably in the bottom of a narrow drainage. Need a full body workout? There’s nothing better than groveling up to your thighs in snow while simultaneously ducking through and pushing aside sharp branches. You’ll really get a kick out of tearing holes in that cotton hoody, or if you’re a true postholing specialist, a Starter jacket. At the end of your hike, ask yourself if you just completed a “post whack” a “bush hole.” Either way, you’ll make your inner school boy giggle.

So who’s with me? Thinning the backcountry crowd requires us to sacrifice our skins and tech bindings for the greater good. Let us all strap skis to our packs and posthole up the mountains. Postholing would give new meaning to the phrase “earning our turns.” And for those who refuse to join in on the fun, they’ll have to suffer the minefield of craters we leave behind on the skintrack, so maybe they’ll give up and go home. Then the backcountry will once again be the domain of masochists and epic slogs. Well, at least until COVID-19 disappears and everyone goes back to the resorts.The Lost Art of Postholing 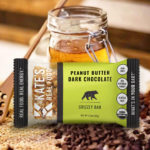 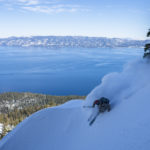