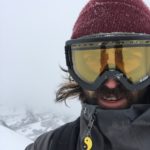 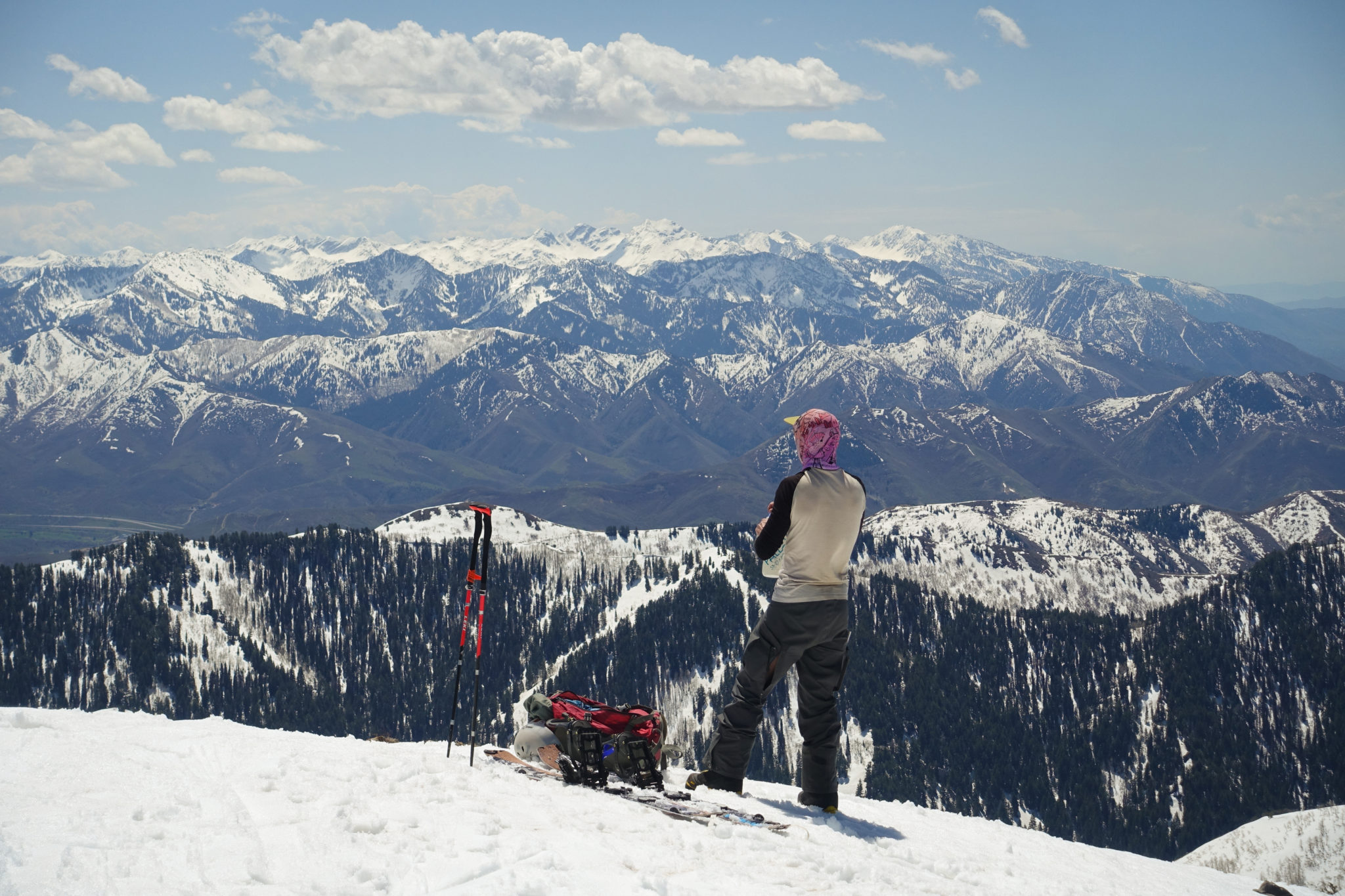 Growing up in downtown Salt Lake City, the adjacent City Creek Canyon was the essence of wild.  As a kid, I could explore seemingly endless rugged mountains as long as I was home for dinner.  A rare and unique crossover from urban sprawl to the mysteries of the high desert.  As a wide eyed child, this was formative to say the least.  City Creek Canyon still is an exit from traffic lights and dumpsters and an invitation to bushwhacking, creek wading, and catching the sounds of yipping coyotes.  While the peaks flanking the upper reaches of City Creek may be less dramatic and a bit smaller than the iconic 10-11,000’ hall of famers of the central Wasatch, they still remain rugged and remote in their own sense.  Always a stones throw from home, there was never any shortage of adventure growing up.

Now well into adulthood, my relationship with this unique canyon still evolves.  From many vantage points in the city below, my eyes are easily drawn to Grandview Peak.  By spring, Grandview becomes a beacon of snow perched above the city, brilliantly juxtaposed from the fuzzy spring green of its budding foothill neighbors.  Grandview’s 9,410’ bowl stands oddly alone jutting out of upper City Creek Canyon.  This to me, is the hook of intrigue. 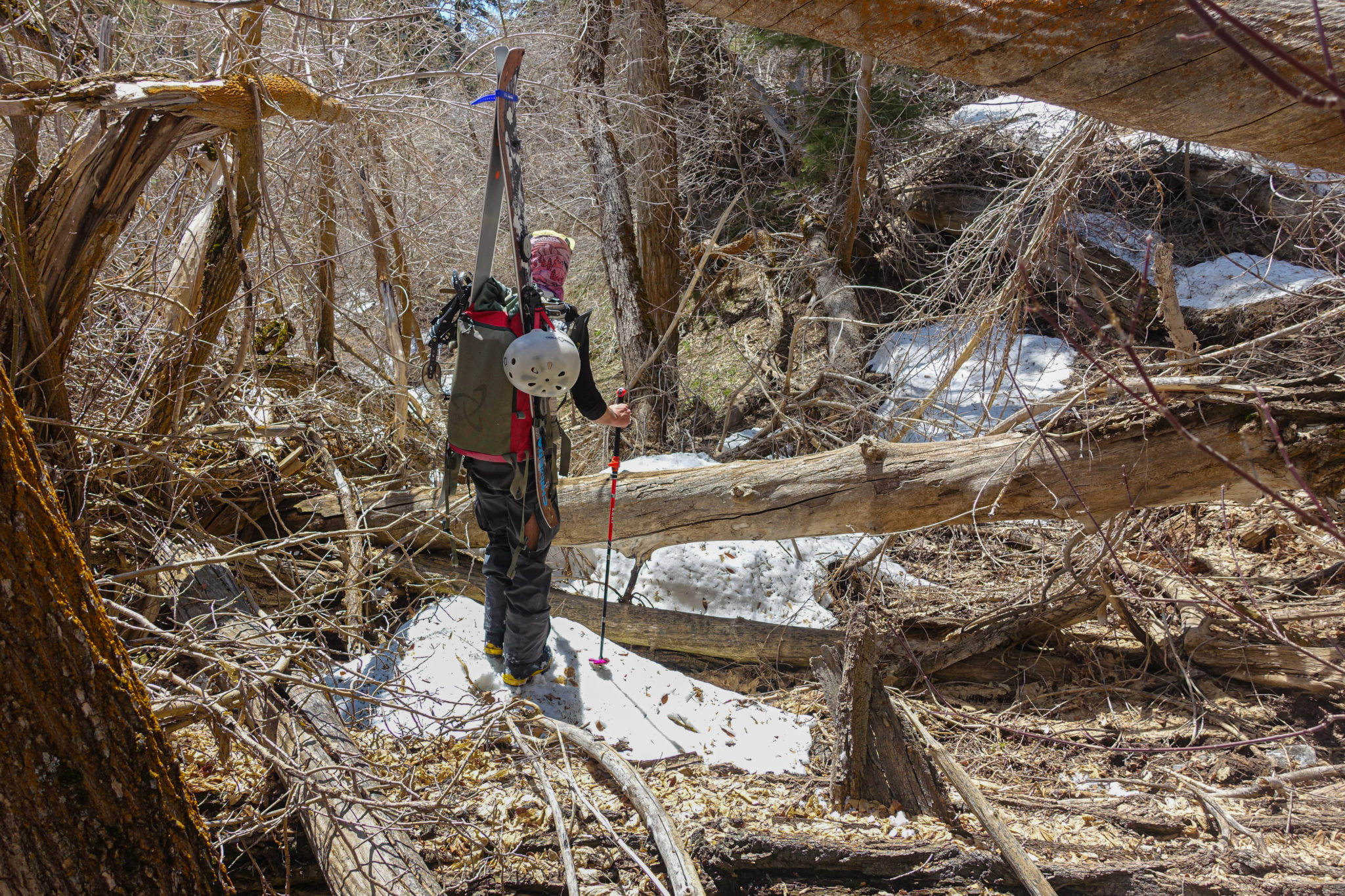 Getting there is not necessarily easy.  A direct route from Salt Lake City is heading up the six and a half mile road that dead ends at the top of the canyon.  This road is maintained only to a certain point and closed seasonally for vehicles. It is however open to bicycles assuming the upper stretches have melted.

The allure of rigging my bicycle with splitboarding gear, and cranking up a recently thawed canyon in the wee hours of the morning is largely attached to the roots of my time spent in this very canyon as a kid.  For a close circle of friends, the now annual bike to board tour usually goes something like this: 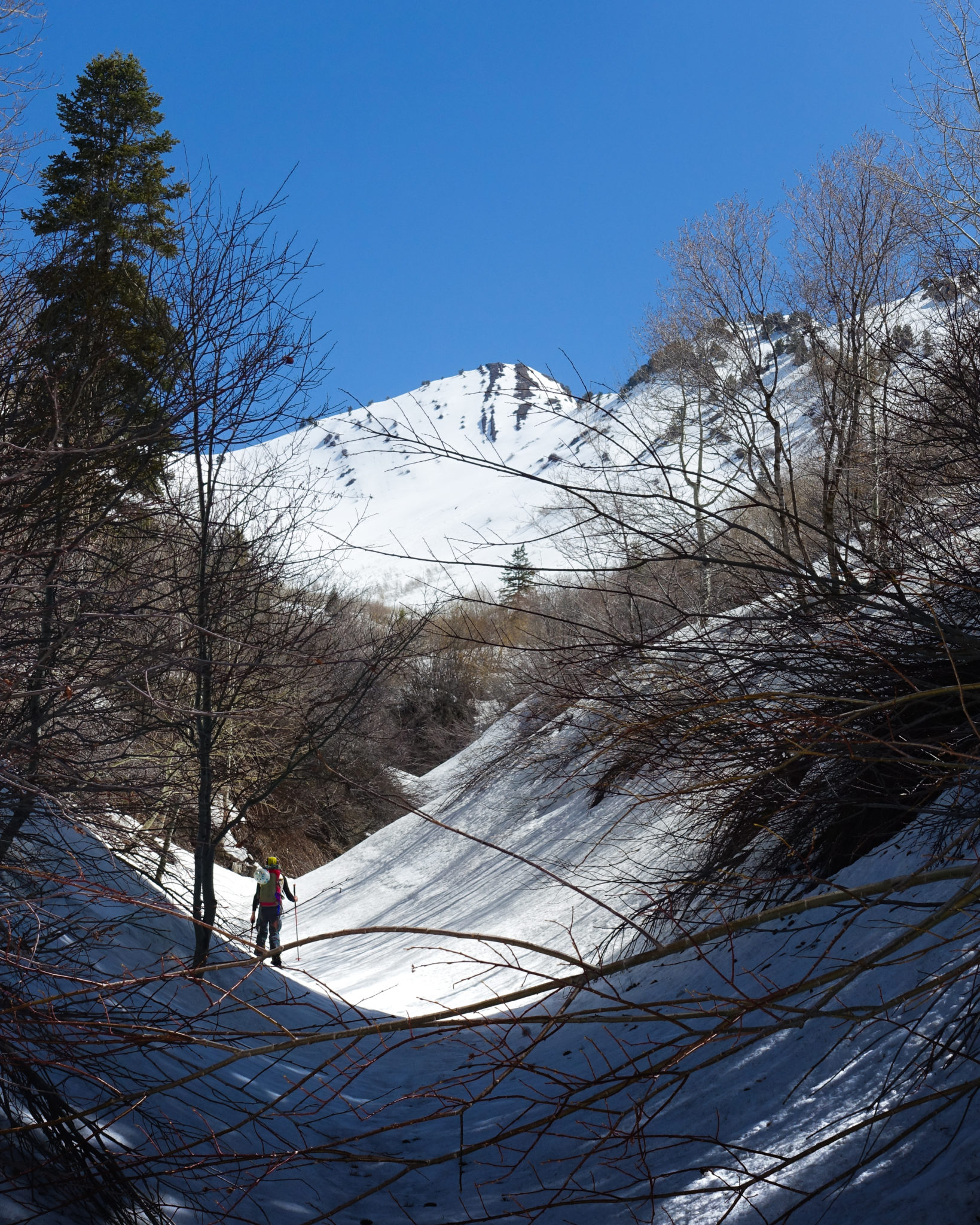 Pedaling up the canyon from the front door gains us around 2,000,’ which leaves just over 3,000’ for climbing without the bikes.  When the pavement ends, the snow begins -if we’ve timed it right.  Once bikes are hidden and victory beers are stashed, the optimistic skin track begins.  The skinner can be tricky only in the sense that there is the guarantee of getting slapped in the face by a willow branch released by your struggling bushwacking partner ahead. At times the trail becomes a delicate ribbon of slush that leaves one marooned amongst patches of snowless earth.  Recklessly abandoning the fine etiquette of the cross-country ski tourer, I find myself undoubtedly skinning across muddy rocks and grass every time.  Eventually we find higher ground veering up Cottonwood Gulch, a snaking snow banked gulley working its way toward Grandview.  Not necessarily a “maintained” trail, there is still ample bushwhacking, backtracking, and boot packing until we are in the clear.  Moving in the predetermined path of what in a few weeks will be rushing water, we move against the invisible current until we finally get a clear view of the objective. At this moment I drop my guard, look up from the slog, and suddenly I am seeing the landscape and the potential of existing within this landscape unfold around me with the eyes of my 11 year old self.  Realizing my surroundings, I feel the same rush of excitement, the same internal lore of adventure, and the same anticipation that I did as a child exploring this very canyon twenty plus years ago. A full circle to where early on I experienced my own independence in leaving the house on my bike to get lost and dirty, exploring the intricate folds of these beautiful mountains. 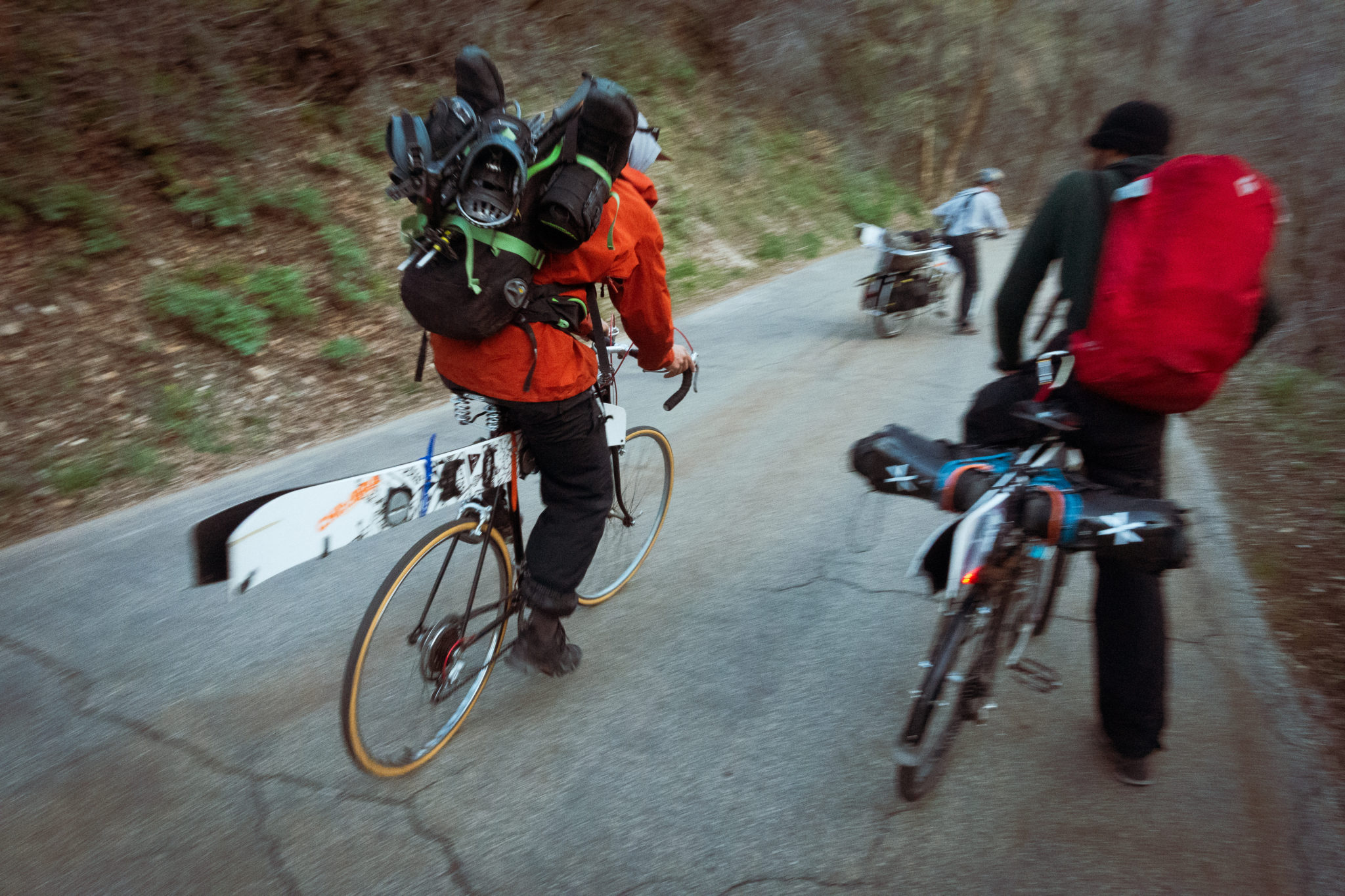 Ski tours can be grand and exotic.  If we are lucky or privileged enough they can develop and expand eventually leading to adventures in remote and coveted mountain ranges all over the world.  But they can also be simple and humble.  If we allow ourselves to slow down and tune in, they can transport us to a time and place where the imagination ran free, and thrills were found in what has now become ordinary. I am always drawn to go further down the wild river, deeper into the woods, or higher onto the mountain, chasing and pursuing a sought after experience.  Through all of that there remain a few distinctive landscapes resonating deep within me, unforgettable and inexplicable to the outside world.  Rediscovering this internal landscape serves as a foundation to come home to… and get lost in. 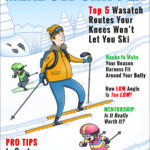 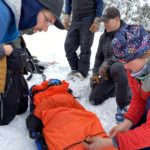 Next post Fear and Loathing in the COVID Backcountry 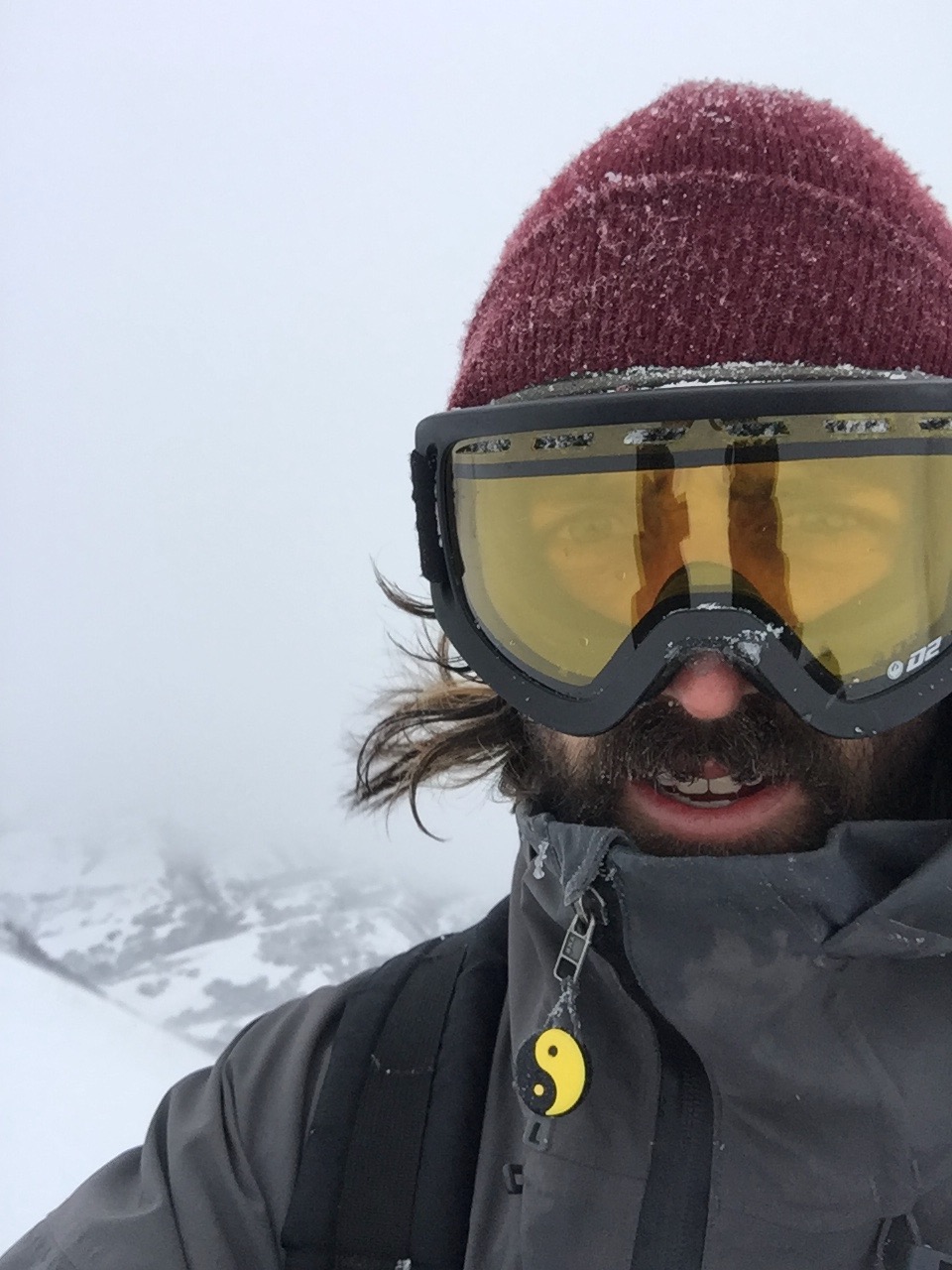 The mountains will be buzzing with “social distancing” activity. With a lot of newcomers to the backcountry, the community will need to practice patience, respect space, and focus on basic etiquette so we all stay healthy and on top.