The mountains surrounding Golden, British Columbia, contain some of the best ski terrain in the world. The area boasts many well-situated ski lodges that are justifiably popular for the terrain and experience they offer. But there are other ways to explore this fantastic zone. One can spend a week or more doing a ski traverse with full packs; I have done many of those, but they are a lot of work and the emphasis is more on covering ground than finding good skiing. On such trips one passes through terrain that is obviously perfect for a full week of skiing. Setting up a base camp allows a nice level of comfort and our group from Colorado has now done that twice; both trips were memorable. Surely one of the best spots for this is the terrain surrounding the Wrong Glacier, which we passed through on our 2004 traverse: The Wrong Way to Battle Abbey. 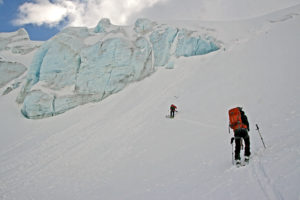 One reason the base camp plan works so well is that helicopter service from Golden is wonderful. In British Columbia, very little terrain is restricted by National Parks; the Alpine Helicopters outfit in Golden is very experienced in landings in remote areas and I highly recommend them. Satellite phones or texting devices work well to arrange the details of a scheduled pickup or, in the worst-case, an emergency exit. While an experienced party can handle such a trip on their own, a guide can be invaluable in slope evaluation and general organization of the trip; we used Pierre Hungr and thoroughly enjoyed his ability of balance our need for great skiing with an expert’s view of avalanche conditions and safe route-finding. 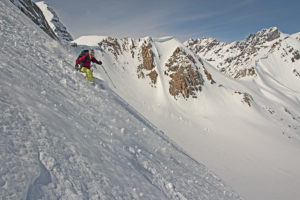 In 2013 Elke Dratch, Kim Clark, Bill Egbert, Katie Larson, Ben McShan, Pierre, and I stuffed a Bell 207 with lots of gear and flew to Oasis Lake, a lovely spot just below and between the two lobes of the Wrong Glacier. This area is in the Selkirks just south of the famed Battle Abbey lodge and while some of this terrain is used by a heli-skiing operation, they rarely come out this far and in any case the ideal time to be here is the few weeks just after the helicopter-skiing season has ended. 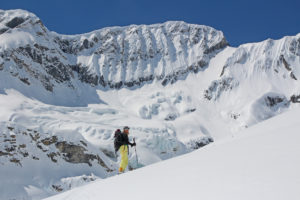 The peak names in this area go back to the Sam Silverstein expedition to Moby Dick, the beautiful peak that dominates the view from Battle Abbey, in August 1959. His group spent several days getting into the range and so made use of a pre-placed food supply to restock. But Sam and the pilot of the fixed-wing airplane made an error and dropped the boxes on the wrong glacier. As Sam noted when his team got to the spot where the food was supposed to be: “Guys, I put the groceries in the wrong icebox.” Thus the wrong glacier became the Wrong Glacier. The peaks here are named after features important at Dartmouth College, Sam’s alma mater (Big Green, Hanover, Goodrich). 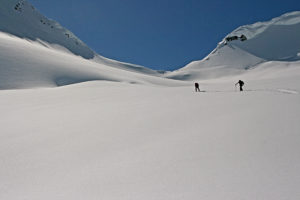 Snow stability was poor during our week and we saw five avalanches, three of which were triggered by our party. So we did not make all our objectives, but still managed one memorable day: a complete circumnavigation of the Scylla-Goodrich massif. This involved a pleasant climb to Oasis Pass, a descent to the Stygian Pool, and then a climb around the south end of Scylla followed by a belayed pitch to get through a high col and back to the north side and the spectacular descent beside the Wrong Icefall. Later we explored steep slopes on the south side of Billy Budd and at the bottom of the Harpoon Glacier below Proteus. 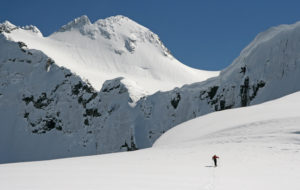 In 2015, Katie, Ben, Kim Clark, Pierre, and I made a camp in a valley that Pierre had stared at for many years, as it is directly south of Icefall Lodge at the head of Mons Creek. From this camp, again with open water nearby, one has access to three valleys and a lot of north- and east-facing ski slopes. Weather and stability were excellent this week and we had several full days of ski exploration, including a circumnavigation of Valenciennes Mountain, a day spent on the slopes leading from the Continental and Provincial Divides down into the Alberta side, and two days skiing the long runs in the Zillebeke-Arras valley. We spotted a wolverine den about a kilometer from camp. When I asked Pierre if we could check it out, he said: “We don’t want them coming over to our house, so we should stay away from theirs.” 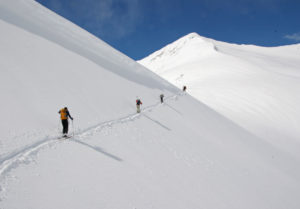 We all know that an emergency exit because of an injury might be needed sometime. But it can work the other way. On Thursday evening we received a disturbing text from my brother-in-law indicating that my wife had an unexpected health issue and had undergone emergency surgery in Denver. We called for a helicopter and Alpine responded admirably, getting us out just before nightfall; we made the long and somewhat stressful drive back to Denver. She did recover well. While the event was a distressing way to end the trip, the memories of long days spent on slopes in these remote valleys will always be with us. For more detail on these or other British Columbia ski trips, see http://stanwagon.com/wagon/canskiing/canski.html. 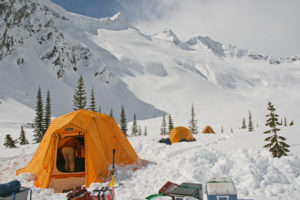 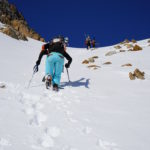 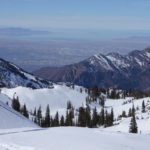 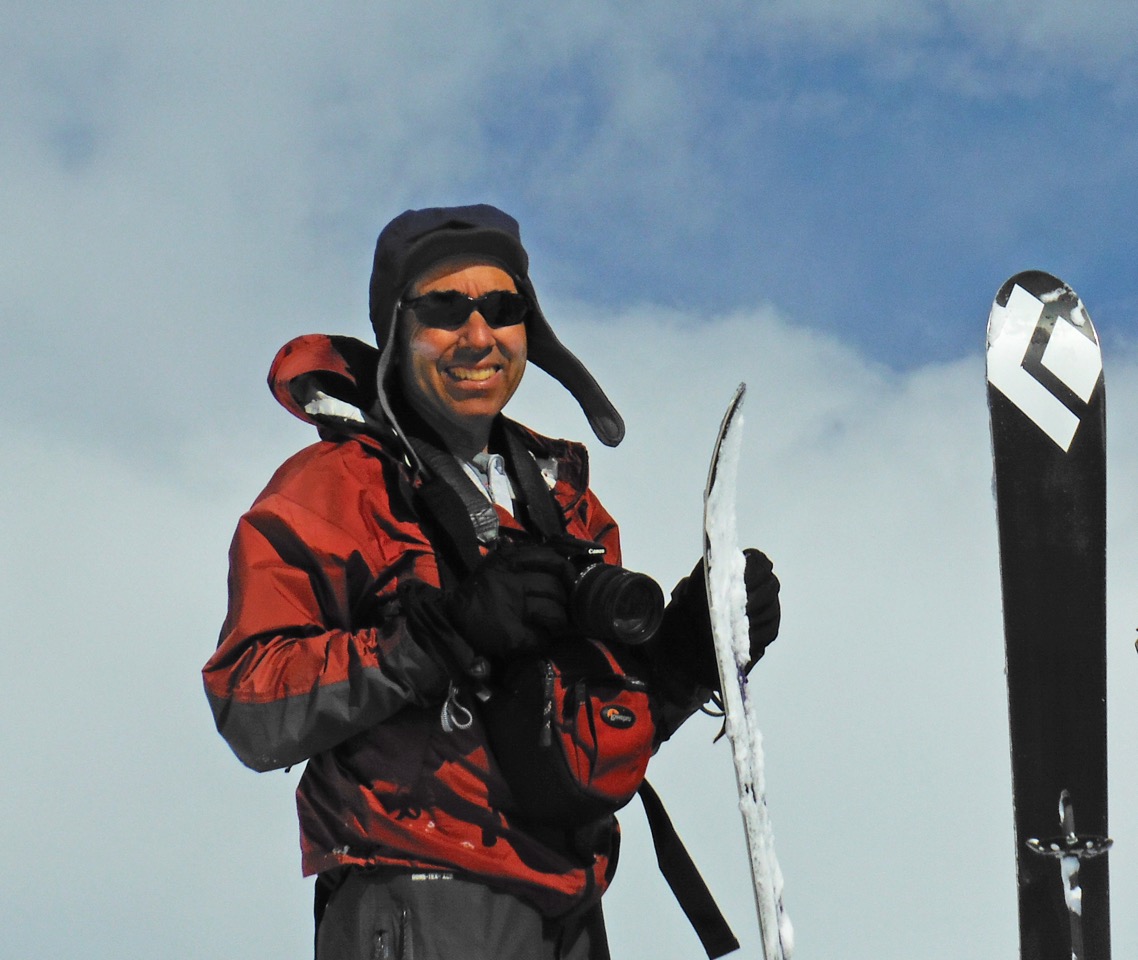 What's your favorite part of a a big day in the backcountry?

I love it when I take friends to areas that I have been to before and, somewhere near the top or on the way down, they say "Wow, what a great place."