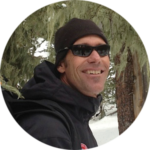 When early season snow coats the peaks, and we’re getting stoked to ski and ride in the backcountry, it’s a good time to review what we know about avalanches. For starters, we know that avalanches don’t just happen. They are the result of a combination of factors revolving around terrain, weather conditions, and snowpack structure. Requiring a trigger, they occur when a delicate balance is tipped. A bond failure occurs between a weak layer and an overriding slab resulting in a slab avalanche. A slab is a cohesive layer of snow that begins to move and break apart as it runs down hill.

A variety of slab avalanche problems present themselves throughout the season depending on the weather conditions that contribute to their formation. From early season snow that was plagued by a subsequent cold and dry period, to heavy snow and nuking winds, or a January thaw that brings out shorts and bikini tops, these factors all contribute to developing snowpack structure and the associated avalanche problems that come with it.

Let’s take a look at the various slab avalanche problems so that when you see them in your local advisory, or you observe signs out in the backcountry, you will know what type of problem you are dealing with and how best to handle it.

Wind slab: The most widespread of all avalanche problems, and statistically the most deadly, wind slabs are cohesive pieces of recently deposited, wind drifted snow that fail to bond well with the old snow surface. Think of them as wind drifts that accumulate on the lee sides of ridge crests and other terrain features such as cliffs, rock bands, or gullies. Recognizable as smooth, rounded pillows of snow, wind slabs sometimes exhibit a hollow sound or feel, and are often characterized by cracking in the snow surface. 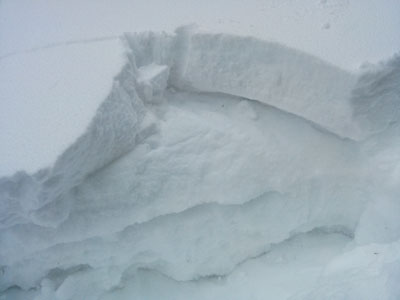 Wind slabs tend to stabilize over a day or two, but instability may persist longer under cold conditions. If the slab has been deposited on top of a weak layer that is likely to persist such as surface hoar, or if the additional weight of the slab has added stress to other weak layers buried in the snowpack, the situation can become a persistent slab problem.

How to avoid: Stick to terrain that is less than 30 degrees in steepness or that is in wind sheltered areas. Avoid steep terrain that has recent deposits of wind-drifted snow and travel on windward slopes and ridges.

Persistent slab: The result of a bond failure on a buried weak layer in the mid to upper snowpack, persistent slab avalanches are insidious due to their unpredictability and potentially destructive power. Though more predictable and more easily triggered in early stages of development, persistent slab danger can linger for weeks, or even months throughout the season. As the season progresses and weak layers become more deeply buried, the situation is akin to adding straw to the proverbial camel’s back. They become harder to trigger but their destructive force, and potential for wider propagation can be increased. 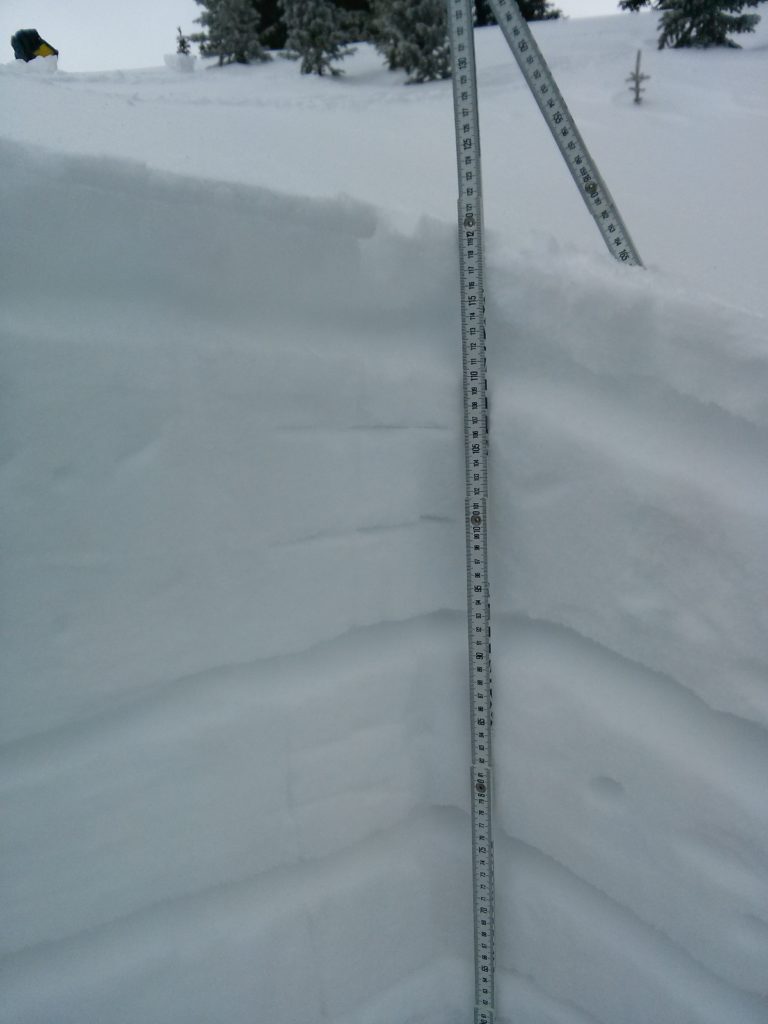 Persistent slabs can remain dormant for a period, only to be reactivated when an additional snow load is applied, or through a sudden rise in temperature. Persistent slabs are also subject to being triggered remotely from an adjacent slope or from underneath. Areas of thin snowpack around the slab’s periphery are also likely trigger points.

Snow pits are necessary for determining the presence of persistent weak layers, and their evolution – or trend towards either gaining strength or continued weakening – can be observed throughout the season. Stability tests aid in evaluating the strength of buried weak layers, but interpretation of results fits neatly in the middle of the reliable / unreliable scale, and are also dependent on the experience of the one performing the test. Generally speaking, snowpacks that have a persistent slab danger warrant an extra degree of restraint, and as backcountry enthusiasts, we are well advised to keep our guard up and stick to more conservative lines when these conditions are present.

How to avoid: Become familiar with areas where instability is present with regard to elevation and aspect. Avoid slopes steeper than 30 degrees in these areas. Give suspected slopes a wide berth and stay clear of run out zones.

Deep slab: Like persistent slab danger, deep slab instabilities are the result of buried weak layers, but, as the name implies, they are located deep in the snowpack or even near the ground. In the latter case, the weakness is generally due to faceted crystal development or depth hoar, the result of early season snow that has metamorphosed into loose, sugary crystals due to a period of cold, clear and dry weather. Deep slab releases generally require a heavy trigger such as explosives, or maybe even a snowmobile, but a slab triggered higher up in the snowpack can also “step down,” into a much deeper persistent weakness. Deep slabs have tremendous destructive power and a ride in a deep slab avalanche would be largely unsurvivable. 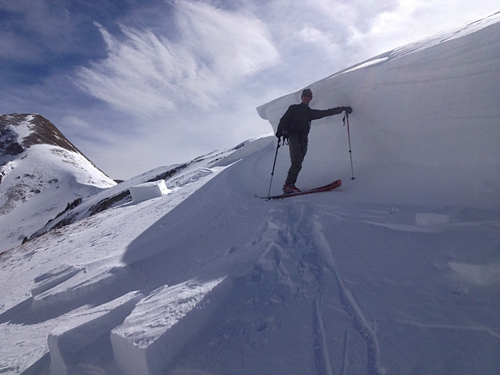 How to avoid: Become familiar with areas where instability is present with regard to elevation and aspect. Avoid slopes steeper than 30 degrees in these areas. Give suspected slopes a wide berth and stay clear of run out zones.

Storm slab: Typically soft in structure, storm slabs are a cohesive layer of new snow that has formed a weak bond with the old snow surface. Fluctuations in temperature, wind and snowfall intensity during the storm all have an effect on storm slab formation. Increasing temperatures during a storm can create “upside conditions,” as wetter, denser and more cohesive snow, comes in on top of drier, looser snow contributing to greater instability. Peak sensitivity occurs during the height of the storm, and storm slabs generally stabilize within a day or two. 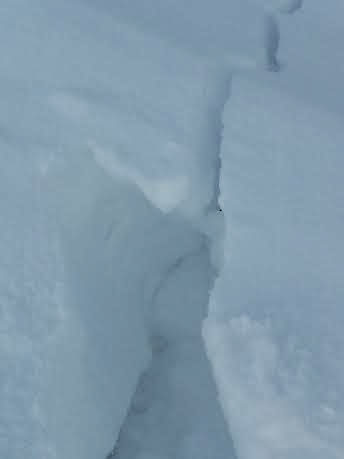 How to avoid: Stick to terrain less than 30 degrees in steepness while instability is present.

Wet slab: The result of a thick, cohesive layer of snow that has lost its bond due to weakening by saturation, wet slabs can involve the entire snowpack. Though slower moving than dry slab avalanches, wet slabs are the consistency of wet cement and can be highly destructive due to heavy water mass. Wet slabs can be difficult to predict but warm temperatures, and periods without a refreeze contribute to wet slab instability. Rain on snow can also contribute to wet slab formation. Sloppy and slushy snow conditions are to be avoided and early signs of instability include pinwheeling and snowballing. Loose, wet avalanches, originating from a point and then fanning out are also signs of instability.

How to avoid: Stay off of, and out from under slopes steeper than 30 degrees as daytime heating progresses and when signs of instability are present. Avoid slopes that have not seen a daily refreeze.

Other avalanche problems exist including loose dry, and loose wet avalanches, as well as cornice fall. But it is the slab avalanche that is the most deadly, and it is important to become familiar with the different varieties that exist, and the conditions that contribute to their development. Keep good mental notes, or if you want to be a snow geek, good written ones. Check your local advisory, even if you aren’t going out that day, so you can stay on top of current developments. Then when you go out in search of turns, you’ll know what problems you are likely to encounter, and how best to deal with them, so that you can return to ride another day.

Eric Trenbeath is a former Alta ski patroller and current forecaster for the Utah Avalanche Center in the La Sal Mountains of Southeastern Utah, where he says, “the snow is weak and the slopes are steep.” 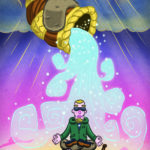 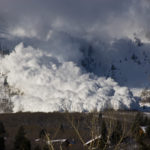 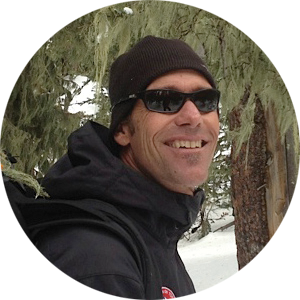 Your most amazing backcountry experience?

As a little kid getting off the old Evergreen chairlift at Brighton, I saw two guys in tuks and wool pants leave the ski area and head off toward Twin Lakes Pass. I remember thinking, "I want to go where they're going!"