The hut (or yurt) trip is a highlight of any backcountry skier’s winter. With an entire mountain range to yourselves and miles of untracked, fresh powder beckoning to be farmed, a good hut trip can be life-altering. I’ve traveled to backcountry yurts every year in hopes of capturing that mountain state of nirvana. But there’s more to a successful trip than deep snow and remote peaks. The people you bring along are just as vital to having a good time.

Avalanche professionals talk about group dynamics in the backcountry as key to avoiding accidents. On a hut trip, these dynamics are even more important, and not just for snow safety reasons. Huts and yurts tend to be small, and you are sharing these cramped spaces with friends who haven’t changed their polyester base layer in days. Personality conflicts (and your buddy’s crusty wool socks on your pillow) can ruin a trip faster than a slab collapsing on a 40-degree slope.

Therefore, if you’re organizing a hut trip, it is important that you choose your fellow occupants wisely. I suggest creating a hut trip “hit list.” This is not a hit list in the organized-crime sense of the term, but more like a top-10 music hit list of the summer – a mix of people with varying abilities to invite who, together, will combine to make a successful and fun-filled outing.

Huts trips take a lot of planning and organizing. There’s the frantic phone calls and web-browser refreshing to book an ideal weekend the second a reservation window opens. Then there’s the complicated logistics like inviting fellow skiers, gathering payments, bribing the hut operators, and organizing shuttles and gear hauls. In short, the planner is an expert at herding cats. This person is not only responsible for booking the hut, but also making sure that the entire trip goes smoothly from the first approach to the final celebratory beer back in town.

Backcountry huts are way out in the boonies and generally don’t have an avalanche forecast. You cannot simply dial up the daily report the morning of your tour. Therefore, you must become your own avalanche forecaster. Better yet, you can bring one along!

This comrade will do all the dirty work digging pits, analyzing snow layers, and advising the group about whether or not a slope is good to go. Having an avalanche professional around provides peace of mind. They also keep you dry because they’re the ones digging in the snow while you stand around pretending to understand the results of their extended column test.

Studies have proven that backcountry groups with at least one female participant are far less likely to be involved in an avalanche. A man’s animal brain is motivated by achieving epic goals rather than reducing risk. So throw a female brain into the fray, and the recipe for avalanche disaster lessens exponentially. A woman attuned to the mountains has a spidey-sense for perceiving danger that men might overlook.

Besides the benefit of reigning in men’s baser instincts, having a female along also breaks up what would otherwise be a sausage-fest, which is a really, really good thing.

Food is one of the most important elements of a hut trip. When evening comes and exhausted skiers stumble into the hut’s warm embrace, they want nothing more than to gorge themselves on assorted cheeses, meats, and pastries. As a general rule, skiers take turns preparing breakfast and dinner.

But with varying culinary skill sets come varying levels of food quality. I’ve been dismayed when a fellow hut occupant, whose turn it was to make dinner, pulled out dented cans of vegetables and cheap chili from the bottom of his pack. Hedge your bets by inviting an amazing cook. Schedule him or her to prepare dinner on the final evening so you can end the trip on a high note. And whatever you do, leave the Dinty Moore at home.

Winter days are short. When the sun retires behind granite peaks you’re stuck with a lot of downtime. What to do? Throw a party of course! After skiing all day my only desire is to curl up in a sleeping bag and read old magazines. That’s why it is essential to have a party animal on the trip.

This person will not accept your fatigue as a lame excuse to go to bed early. The party animal brings along the right music, the best games (I recommend Pass the Pigs), and might even bring mullet wigs and costumes for everyone to wear. He keeps the woodstove hot and the beats hotter until everyone is dancing so hard you’ll fear the hut’s floor may collapse.

I can’t think of a fate worse than a sober hut trip. The problem is that booze is heavy and hard to pack in. I tend to bring along enough beer to have just one can per night, plus a flask of whiskey as a supplement. But one beer a night does not cut it for me. That is why inviting a boozehound on a hut trip is a grand idea.

The boozehound will insist on hauling cases of beer to the hut, no matter how many miles the approach is. He. Will. Find. A. Way. Plastic sleds, sixers hanging from pack straps, or even paying extra for a snowmobile assist (just for the beer) is something the boozehound will manage to do. But how does that benefit you? Because this person always packs in way too much. After the first night he will assess his inventory, realize it’s impossible to drink it all, and then share the rest. That way you get to drink free beer that you didn’t pack in, and you’re doing your buddy a favor at the same time.

Of course there are others you can include on your hut trip hit list. The Photographer will ensure awesome photos of your expedition. The MacGyver will fix your broken binding with a soda can and a couple of screws. And the Strongman will chop all the firewood. The point is this: while your friends do all the dirty work, you can focus on what is most important – skiing in a mountain state of nirvana. 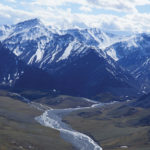 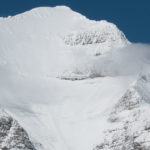