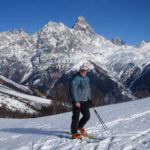 While the Haute Route from Chamonix to Zermatt will always be the crown jewel of European ski traverses, the Italian circuit around the Ortler Range in Italy is rapidly gaining popularity. The huts are smaller, cozy and less crowded; the Italian food, wine and cappuccino are top-notch; and the touring options are limitless with a lot fewer folks, and the terrain is spectacular. 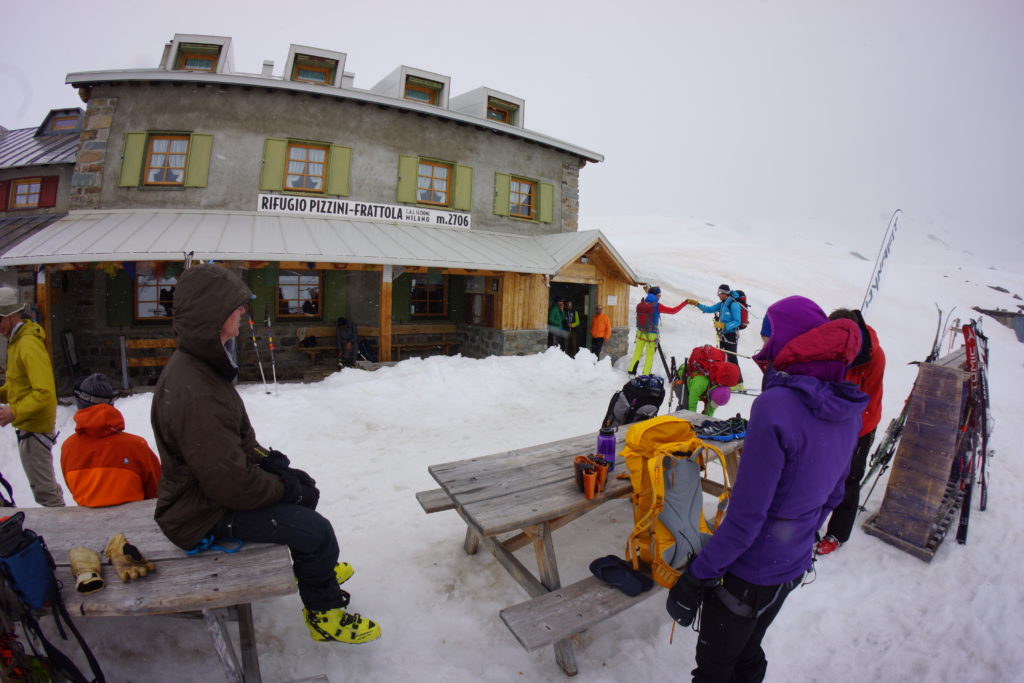 The Ortler Circuit is located in Stelvio National Park, in the Ortler/Cevedale range of the South Tyrol area, roughly between St. Moritz, and the Italian Dolomites. The hut sits at an elevation of 2700 meters, or just under 9000 feet in the spectacular Val Cedec/Cedec Valley. 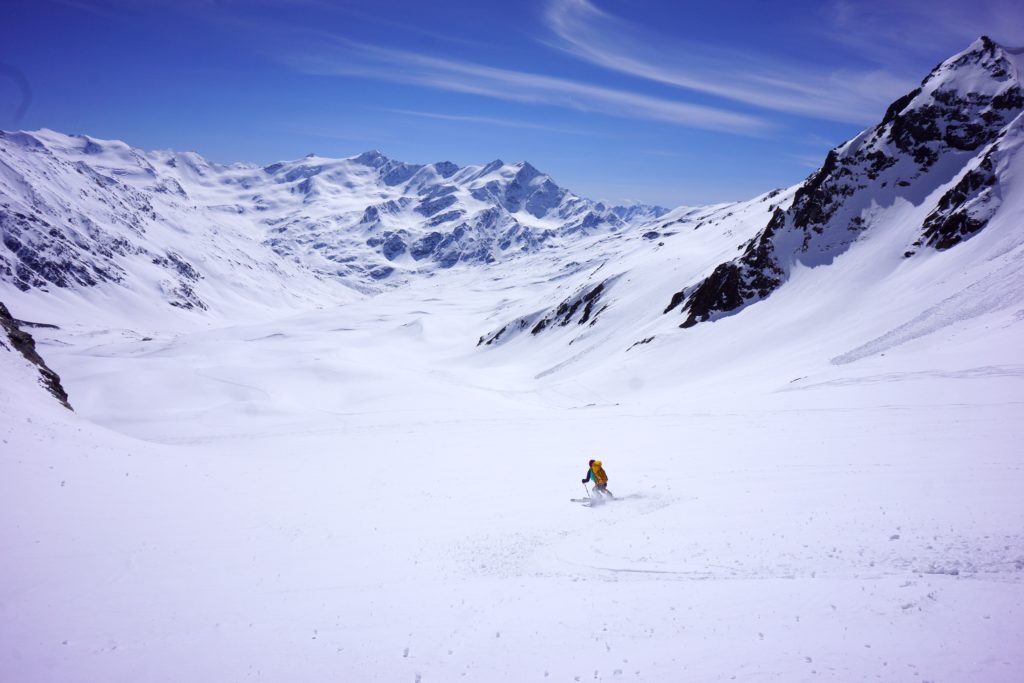 Rather than a point-to-point tour as is common throughout the Alps, the Ortler Circuit is traveled so that you end up where you began. The two popular starting points are Santa Caterina, and Sulden, and while both towns are in Italy, crossing over to Sulden changes the language and cuisine to German. Many of the peaks in the area carry both Italian and German names.

While it is possible to complete the circuit using a variety of different huts in the area including the Branca, Casati, Marteller, and Schaubach, the Pizzini hut most definitely should be included in any circuit. This area was fought for in WWI and relics are still visible today including barbed wire fences, and old cannons that were hauled up the mountains. Today, the people are as friendly and accommodating as anywhere in Europe, and the hutkeeper at Pizzini, Claudio Compagnoni, is a gracious host who welcomes skiers from all over the world. 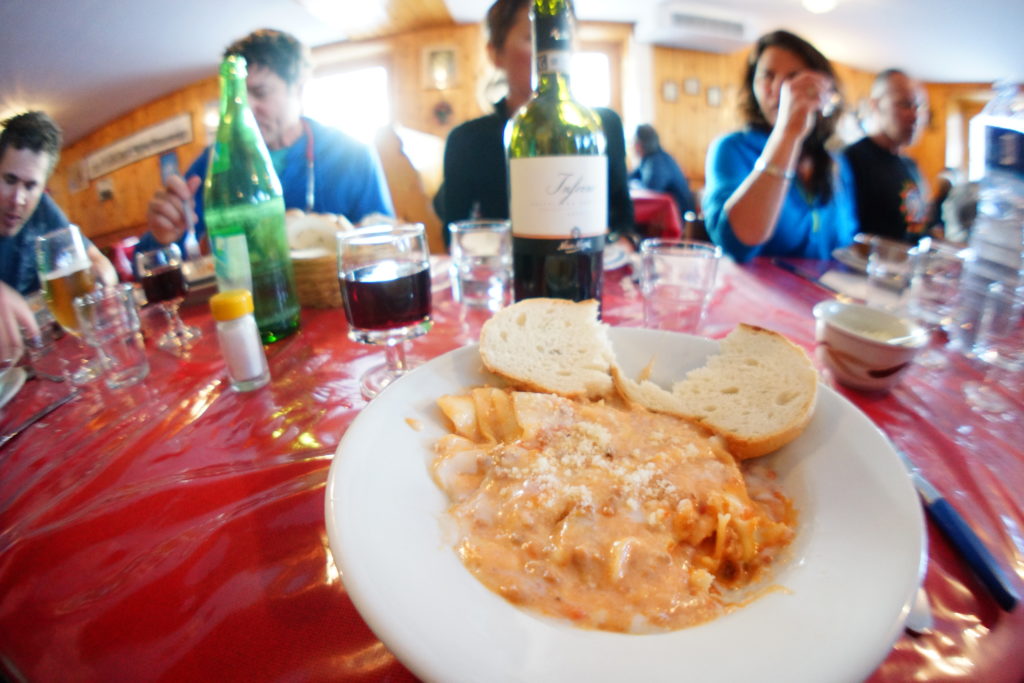 Pizzini is as comfy as they come, with a bar and restaurant, hot showers, and central heating. Waitresses serve hearty dinners of local pastas, bread and vegetables accompanied by delicious local wines and the bar provides cold beer on tap along with local meats, cheeses, and pastas in a lively après atmosphere. Skiers heading down from one of the higher huts along the tour can stop in for a warming cappuccino or latte while en route to the Branca Hut or Rifugio Forni.

The skiing is as good as it gets in the Alps. The mighty Grand Zebru/Konigspitze towers over the Val Cedec at 3851m (12,634 feet) and is a prized summit and ski descent. The descent back down the Val Cedec can be dreamy as the massive Punta San Matteo and Pizzo Tresoro tower to the south. The other worthy objective is one of the namesakes of the range, Mt. Cevedale, at 3769m (12,365 ft). Local shots from mellow to rowdy are available right out the door, although since the hut sits above treeline, routefinding can be difficult during storms. If doing the Ortler Circuit self-guided, consider staying at the Pizzini hut for more than one night, the terrain is worthy of exploration. 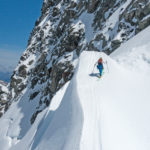 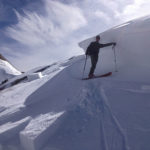 Next post Analysis of Utah Avalanche Fatalities in the Modern Era 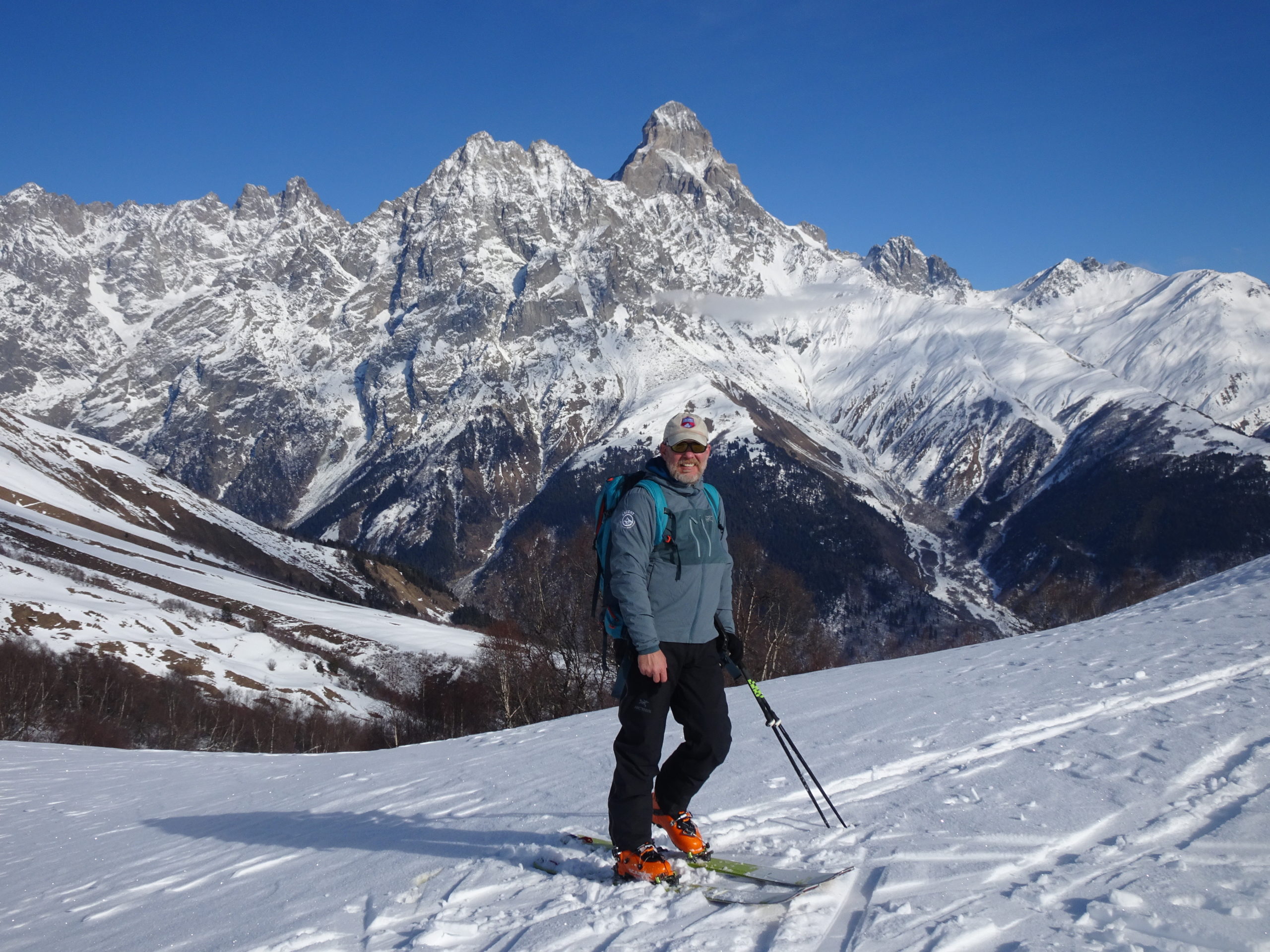 What's on your backcountry radar this winter?

Collecting more great stories of adventure from around the globe, and making plans to pursue some of my own in the future.