One Wasatch and the Backcountry Impact

Utah’s ski resorts and Ski Utah, their marketing association, are widely publicizing their hope to connect the 7 areas nearest to Salt Lake and Park City. Known as One Wasatch, this long-considered concept is theoretically feasible given the close proximity of the resorts. Recent resort buyouts, management changes and published maps and articles have also made it seem closer than ever to becoming a reality, even though backcountry skiers will vigorously oppose it. A great deal of prime terrain in the Cottonwood Canyons has sprouted lifts already, and the Wasatch Cache-Uinta Forest Plan actually calls for a moratorium on ski resort expansion.

Interconnecting these 7 resorts would produce a European-style ski complex with 100 lifts and 18,000 skiable acres. Ski Utah and resort General Managers expect this to set Utah apart from competitors in other states, and draw increased tourism to the Salt Lake area. Opponents, however, argue that resort skiing is a flat portion of the skiing market, whereas backcountry skiing is rapidly growing. Expanding resorts at the expense of off-piste terrain could actually reduce tourism in an area that has been at the forefront of uphill skiing. One Wasatch would increase the terrain base of Alta and Park City resorts, while taking tremendously valuable terrain away from ski tourers.

Deer Valley and Park City already share a boundary, so this plan would offer guests the freedom to ski between the two, but no new lifts or runs would be necessary. Park City and The Canyons nearly touch near Iron Mountain, and now both are managed by Vail Resorts. A connection between the two would have relatively little impact on most backcountry users, and is already slated to be ready for the 2015-16 season, subject to approval from Summit County planners, etc. Snowbird and Alta share a boundary and Alta/Bird lift tickets are available now. No change would need to occur along that rope line.

However, the One Wasatch proposal represents a significant expansion of lift-accessed terrain in the heads of Big and Little Cottonwood Canyons (LCC.) A recently published map shows a lift configuration (but no run locations as yet) including two new chairs in each of these prime, high-altitude snow zones, previously the domain of backcountry skiers, snowshoers, snowmobilers and the like. Grizzly Gulch, the head of LCC, is the single most popular backcountry trailhead in Utah.

How might the landscape change if One Wasatch, as currently envisioned, comes to fruition? I have extensively ski guided and written about this terrain, including my book, Backcountry Skiing, Utah. Yet my description is speculation based on the proposal and current land uses. The actual configuration of lifts and runs, if this concept were to be approved, would be at least slightly different.

A ski touring party traverses peak 10,420 with Jupiter Peak and Guardsmans Pass in the background

From Jupiter Lift at Park City Mountain Resort (PCMR,) skiers and boarders would slide into Big Cottonwood Canyon (BCC) on a new, relatively low-angle, south-facing run to Utah State Route 190, which is generally closed to all vehicle traffic, except snowmobiles, in winter. This terrain usually holds only a thin snowpack, and ski traffic will probably be routed south toward Guardsman’s Pass where a skier’s bridge over the road would lead to low-angle, northwest-facing meadows and glades. Snowboarders and skiers would glide to the base of two lifts, probably located in the meadow around 9,100 feet, just above where the road curves across the center of the broad canyon. This is likely to be above the snowmobile and backcountry ski trailhead where winter plowing ends. The lifts would be part of PCMR, but no new base area is intended.

Guardsman B lift would rise southeast from here to the West Ridge of Peak 10,420, with a terminus around 9,800 feet. Guardsman A lift is slated to carry skiers northeast, from the same base spot, to a similar elevation on the Park City Ridgeline, enabling riders to ski into Jupiter Bowl area. One Wasatch ticket-holders heading to Brighton and points southwest, would ride Guardsman B and ski into Hidden Canyon. They would go skier’s left around the 9,500-foot level to reach the Brighton Base Area on a traverse that is already established.

Although the 10,420 Lift (aka Guardsman B) would be part of PCMR, it would allow skiers to rip Hidden Canyon and two aspects of Peak 10,420; all currently excellent side / backcountry ski terrain. Excavation on Clayton Peak would be required to get the general riding public down from Great Western to Hidden Canyon Saddle. Currently this is a steep, narrow traverse.

The Sunny Glades on the SW Face of 10,420, and the slopes below the Hidden Canyon Saddle are moderate runs, but the former is often thinly covered with rocks poking through, being a southwest aspect. A traverse across it around the 10,000-foot level may carry skiers directly to the new Guardsman B lift top and a steep evergreen glade on the Northwest Face of Peak 10,420, known to ski tourers as Promise Land. The tree skiing is superb. If it is annexed by PCMR, runs would be cut and the landscape forever changed.

If a chairlift is built on Peak 10,420, will resort skiers be allowed to hike out of bounds? It is popular backcountry ski terrain, from Hidden Canyon on the south to Promise Land on the northwest through the Northeast Bowl in Wasatch County. Yet PCMR’s current boundaries are “non-porous,” meaning no access to the surrounding private land is permitted. If a different policy is adopted here, 10,420 will become easily accessed sidecountry. If not, the backcountry skiers and snowmobilers will at least be legal to use Guardsmans Road. A reasonable compromise would include allowing skinners and snowshoers to ascend the West Ridge of 10,420, and then pass briefly through the ski resort at the lift top, and continue to the peak. If One Wasatch Resorts enable off-piste skiers to maintain access to out-of-bounds terrain, the proposal has a greater chance of approval from Mountain Accord.

This planning group includes federal agencies, local governments, businesses and organizations and a huge public component. It is developing a blueprint for the Central Wasatch Mountains, taking into account the divergent considerations of transportation, economics, recreation and environment. Ski resorts and backcountry skiers both have a voice and must reach an accord with respect to the future of the increasingly busy Wasatch. 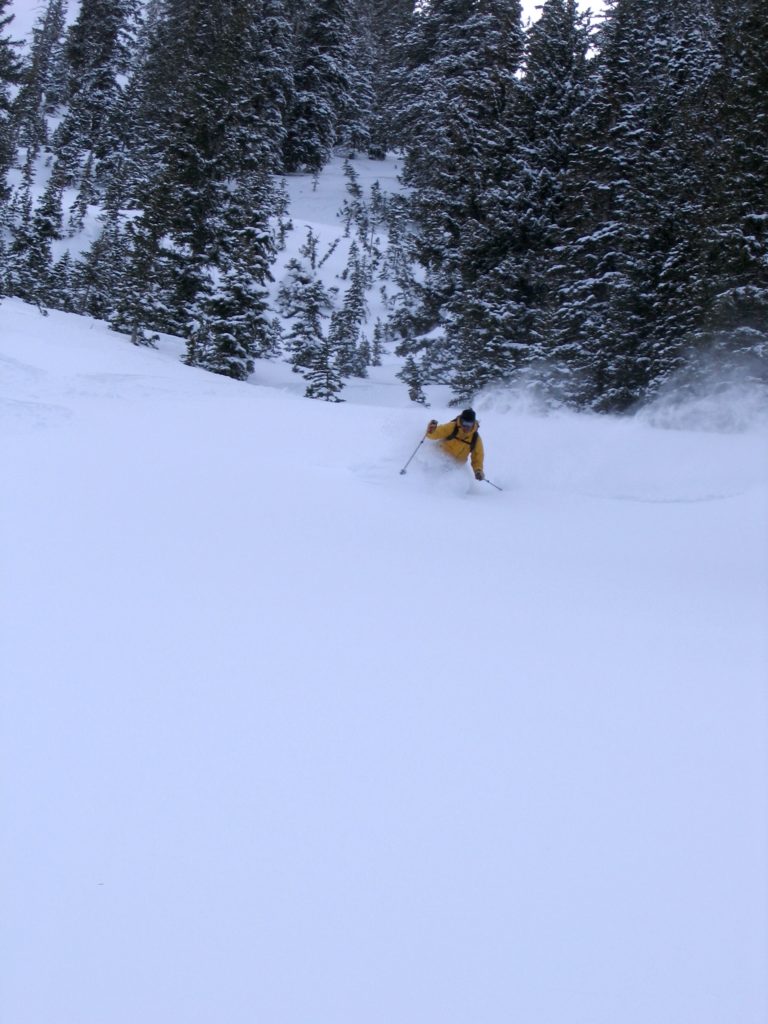 Like PCMR, Alta Ski Lifts would gain a sizable chunk of new terrain. The south and west-facing Black Bess area where Alta offers cat skiing and touring parties mix with the kicker-building, baggy-pants backcountry crowd, would sport a chairlift. It would rise from Albion Base, 8,700 feet, to the current snowcat drop-off saddle atop Honeycomb Cliffs, at 10,300. On this narrow ridgetop, cliffbound on the north except for a few extreme couloirs, Honeycomb Tram, rising some from Solitude’s Summit Lift, would also have its top station. It’d be a spectacular spot to offload either lift, just as its been a great transition spot for competitors in the Wasatch Powderkeg Ski Mountaineering Races and countless hikers.

The Honeycomb Lift is meant to be an up and down-hill transportation device, much like the cylindrical “beer-can” tram at Snowbasin, that rises to the start of the men’s downhill run from the 2002 Olympics. Skiers (and snowboarders in Alta?) heading for BCC from LCC, would download this lift to reach in-bounds runs at Solitude. Expert riders may enjoy the steep and spicy chutes dropping directly into Honeycomb Canyon without having to “earn their radical turns” by hiking up Fantasy Ridge as they now do. Those continuing to Brighton and Park City could use the current interconnecting Sol-Bright Trail to reach Millicent Lift and Brighton Base.

Interconnecters en route to Alta would ski the sparsely limber-pined glades and gullies of Black Bess through the famous gap jumps on old tailings piles in Michigan City. Less aggressive skiers might be routed south to Twin Lakes Pass via the upper portion of Alta’s current snowcat road, where they would descend the benign meadows, narrow gully and cat road leading back to Albion Base Area at Alta.

The snowcat route to Twin Lakes Pass has been loved by hundreds of uphill travelers of all sorts, both winter and summer. In order for One Wasatch to be embraced, Alta knows a similar access route to the pass, and coveted forest terrain beyond, must be maintained. GM Onno Wieringa has stated that he will look to Mountain Accord, which includes the Salt Lake Ranger District, for guidance on any expansion the resort undertakes.    Since the land north of Twin Lakes Pass is private, and that to the south is national forest, uphill traffic could travel adjacent, but just to the south of a downhill run. This could be very close to the current skin route.

If the new chairlift is set entirely north of the watercourse, the thousands who now enjoy recreating in Grizzly Gulch, Wolverine Cirque, etc., could still be able to do so, albeit with a much different environment. But there would need to be a means to let backcountry skiers pass under the lift near its base, and prevent uphill and downhill recreationists from colliding in Grizzly Gulch. Alta has long supported off-piste skiing, and even accommodates uphill travel in certain areas of Albion Basin during the ski day.

Silver Fork of BCC, a heavily-used ski touring area with traditional access via Grizzly Gulch, would likely become lift-served side-country under One Wasatch. Assuming “porous” resort boundaries remain the norm, Alta and Solitude skiers would drop into the East Bowl of Silver (and Honeycomb Canyon) without any need for skinning or booting up. Alta skiers who drop into Silver would need to traverse skier’s left at the 10,000 foot level, or climb up to get back into LCC via East Bowl Pass. This may or may not be allowed, in light of avalanche risk to in-bounds skiers below the pass. Perhaps Alta will find a way to allow touring parties to traverse to or from East Bowl pass on a specified route under Grizzly Lift and across Black Bess?

With so many uncertainties and the variety of parties opposed, One Wasatch may never happen. After all, it has been proposed in one form or another for at least thirty years already. If this rendition goes forward, it will take years, and its final shape may differ dramatically from what has been set forth in this article. Yet it would dramatically affect multitudes of current and future Wasatch riders, both local and not; both in-bounds and out. Taking a close look now at its impacts before building lifts and cutting runs is wise. And figuring out a compromise that can work to the advantage of the most and the detriment of the fewest may be better than squabbling and fighting and being disappointed by the result. 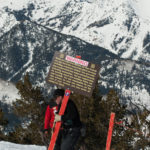 Previous post Mountain Recreation and the Art of Risk Management 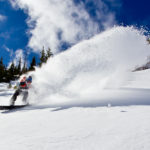 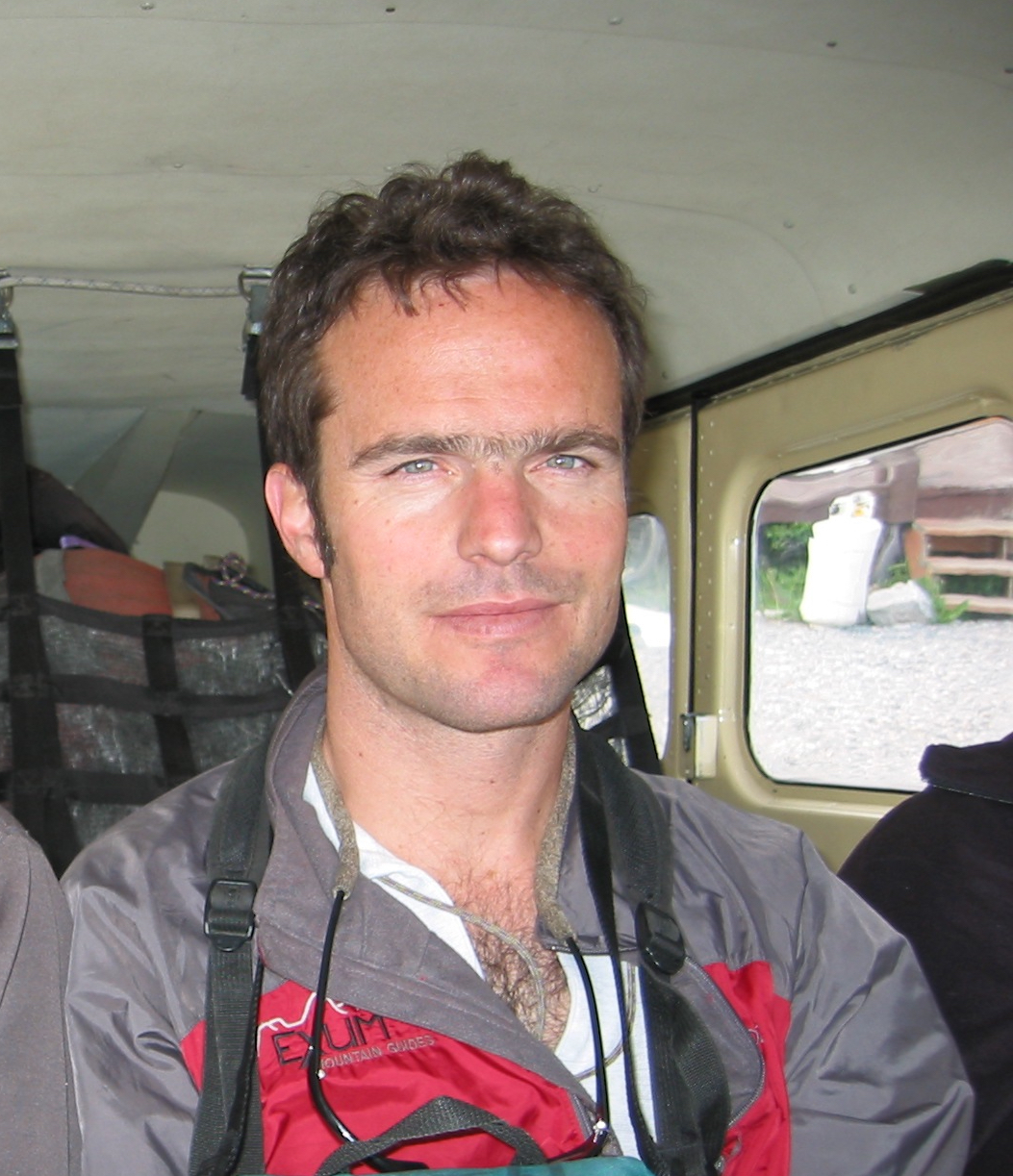