Don’t Be a Dick Part II 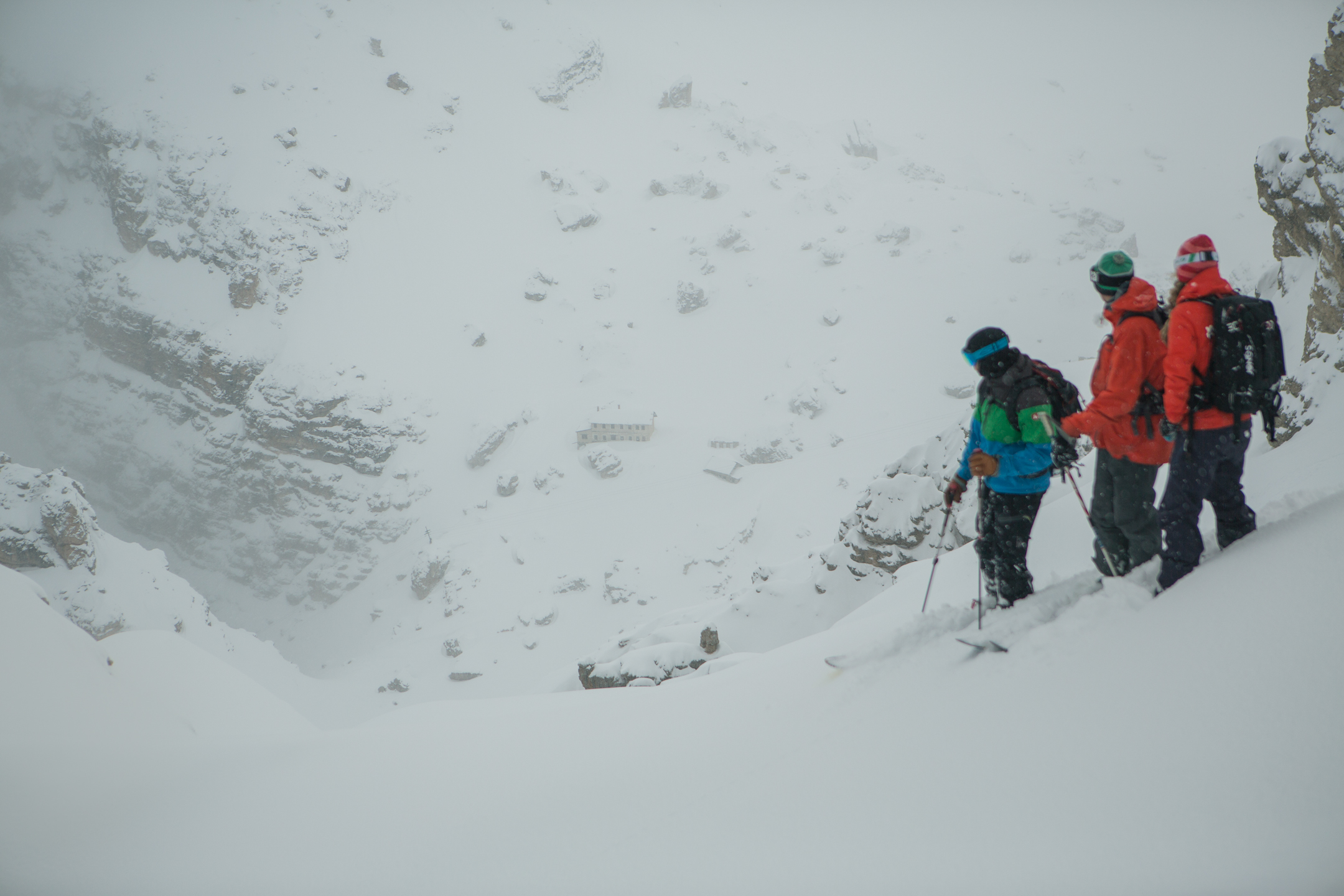 Before I launch into a good ol’ rant for this season opener of “The Tour”, I feel compelled to say how pleased I am that publisher Paul is still keen to continue forging ahead with Ascent. It’s not news to anyone that print media has been challenged for years, and just recently the venerable Powder Magazine announced that they were shutting down after almost 50 years of publishing! It goes to show how important it is to continue to support those publications and institutions that provide value to your life.

Three years ago in these pages I penned a column titled “Don’t Be a Dick” that focused on the concept of ethics in the backcountry, and whether or not our community needs a written or unwritten code of ethics, as there is in the climbing world. Since then – predictably -the ranks of backcountry enthusiasts has swelled, and thus there are even more rats in the cage, which psychologists tell us is a good predictor of negative social behavior. In that article I used Donald Trump as an example of someone who seemed to be more motivated by personal desires and outcomes than adherence to shared ethics and – just as predictably – he has proven this point over and over. What wasn’t predicted, of course, was the fundamental re-ordering of society associated with the advent of a pandemic, and the surprising amount of rancor and judgment associated with it. And unfortunately, our little world of backcountry sliding has not been immune, neither to the disease nor to the rancor and judgment.

We were fortunate that the pandemic really hit relatively late in what was otherwise a pretty good season; for once it seemed that most of the country was getting fairly consistent storms and snowpacks from December through February, the heart of the season. Then pandemonium: the resorts shut down operations and most didn’t allow uphill traffic, which pushed more people into the backcountry, there was a dearth of information about the disease, the prognosis was dire, and places like New York City and Italy were overwhelmed with patients and deaths. Additionally, there was a general perception that people – especially people like us – should not engage in risky behavior that might put search and rescue (SAR) and/or first responders at risk. And “risky behavior” was….backcountry skiing. 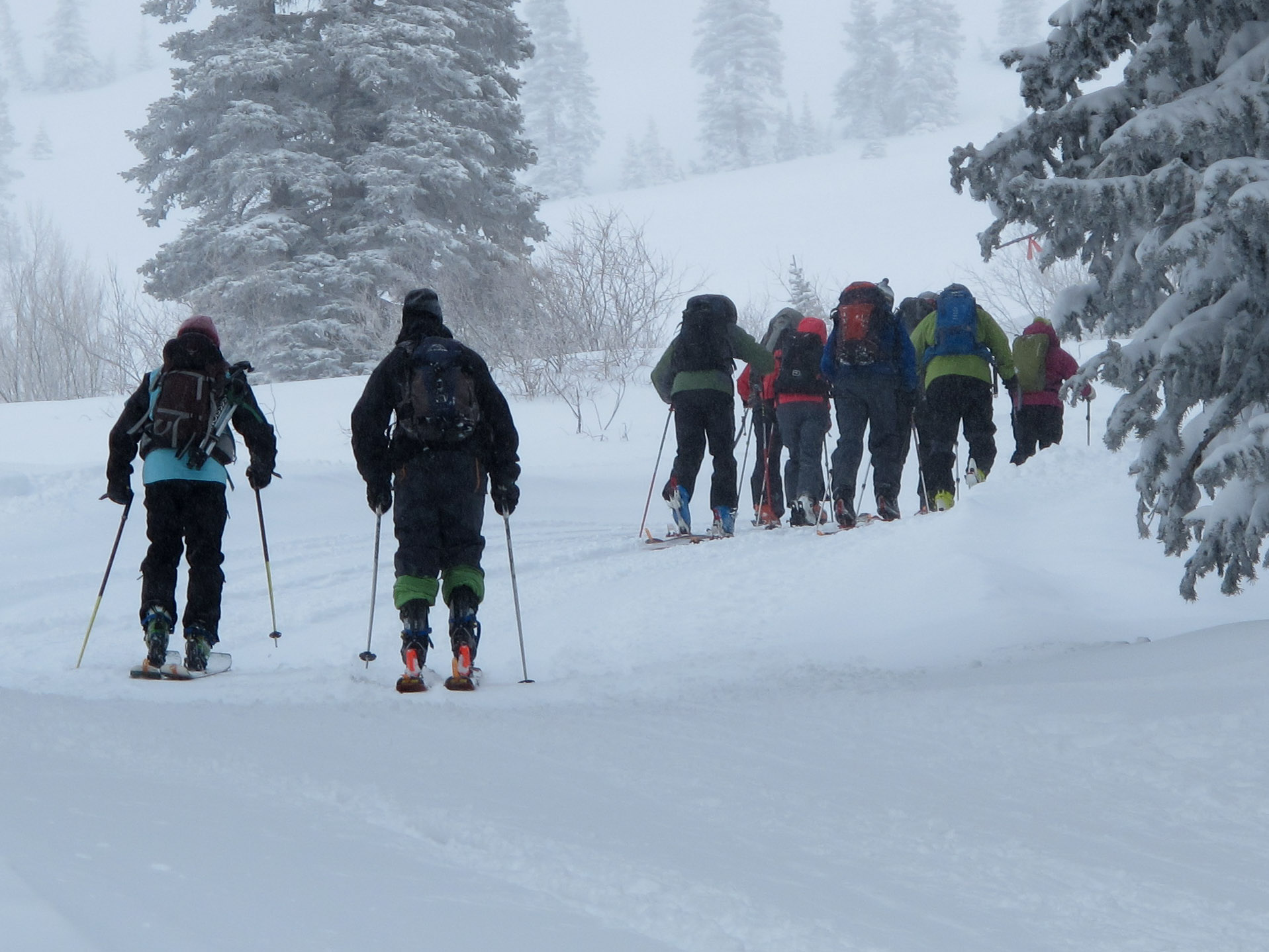 There is no doubt that there is risk associated with playing in the backcountry in the winter; of course, an avalanche is the first thing to come to mind as a hazard, but broken bones, blown ACL’s, hard and immovable trees and rocks, and the fact that it’s cold and snowy generate the very distinct possibilities of issues that indeed require SAR and first responder action. As such, it was predictable that people like your in-laws in Ohio who don’t know the backcountry simply couldn’t believe that you were being so selfish as to head into the woods for what they perceive to be “extreme skiing,” but I was surprised to see how many people even within our community were harshly judging their fellow backcountry enthusiasts for going out. Part of my surprise was that people felt that avalanche risk exposure had somehow changed with the advent of the disease; yes, I understand that first responders could possibly be involved and be working in close proximity to each other on a victim, all of whom could be transmitters. But let’s be clear: avalanches are mostly BAD for a variety of non-Covid reasons. The terrifying, uncontrollable ride, the even-more terrifying burial, the loss of expensive gear, the threat of significant bodily injury, and of course death by asphyxiation or injury are all very real potential outcomes. With all due respect to the brave first responders, their potential for contracting Covid should probably be the least of your worries as you choose to ride a given slope or not. If you are involved in an avalanche you are either on top or buried, and in the latter case it’s your partners who will be digging you out; not SAR folks.

Beyond avalanches- yes, if you don’t ski you may be less likely to break your femur, but everyone has experienced accidents within blocks of the safety of their home, and in these Covid days it’s arguable that it’s safer to be in the relatively uncrowded backcountry than at the grocery store. 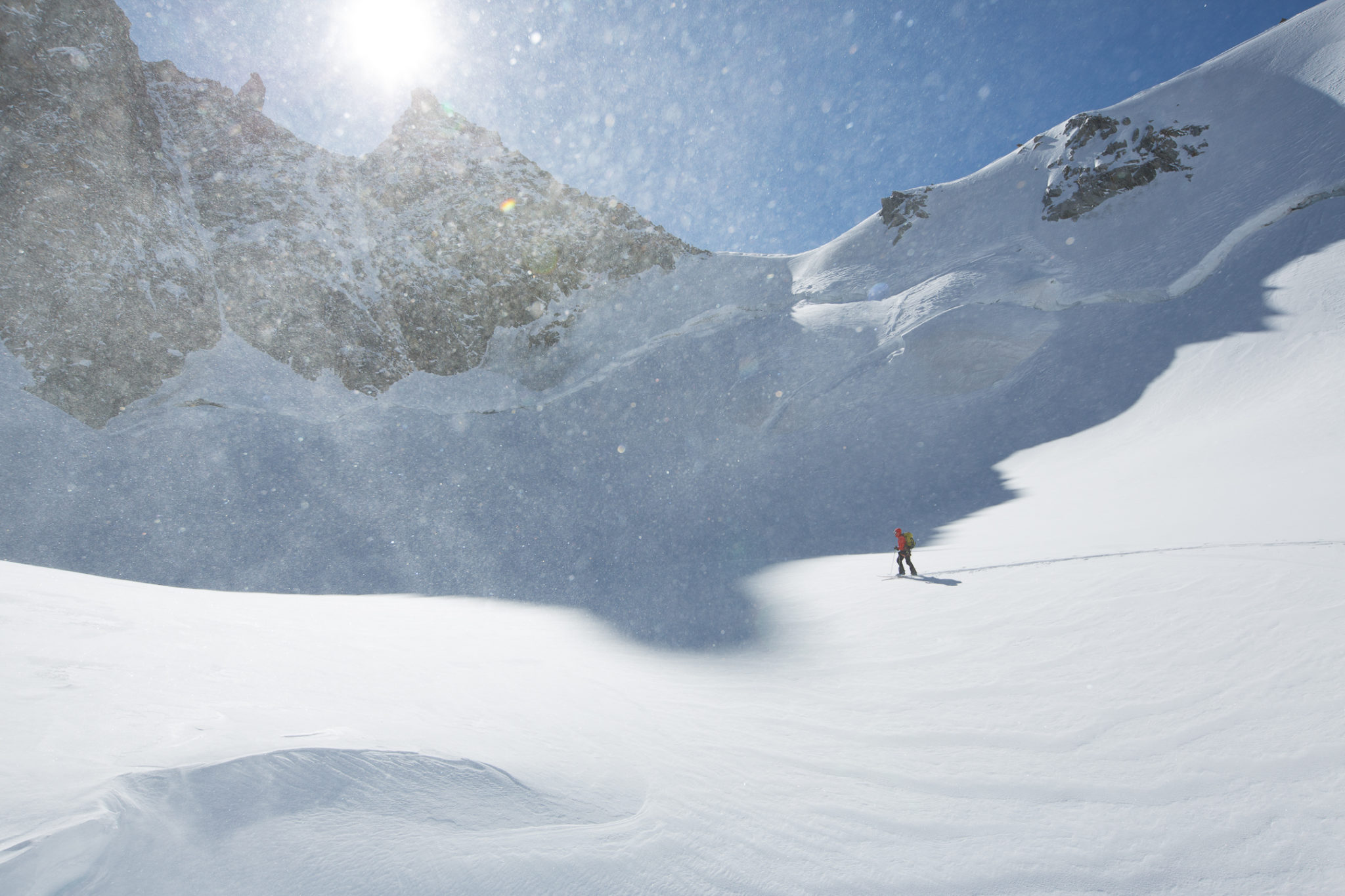 But it’s getting less uncrowded. After the initial March panic, every store that carried backcountry equipment experienced increased sales of backcountry gear and vendors are reporting record gear sales this fall. The resorts are planning to open, but are gamely trying to limit their capacity to enable social distancing even as cases are spiking and will no doubt be considering metrics that will mandate them shutting down again. Avalanche centers are reportedly being deluged with queries to the effect of “Dude I bought all the gear I need in April to ride the backcountry; what do I do?!” For better or worse, we could have a lot more people in our community this winter, and therefore it’s more important than ever that we all get along.

Three years ago I wrote that it was important to get along because there was possibility that our attitudes, decisions, and actions might have an effect on our fellow backcountry enthusiasts. Now, however the stakes have become higher: officials – with the power to dramatically affect our ability to recreate in the mountains – are watching us and our actions. National Forest managers do not want to be the stewards of super-spreader events like big powder days; they have the ability – and possibly even the desire – to shut down some entire forests to dispersed, uncontrolled use for safety reasons (ala what they did in reaction to the recent Oregon and California fires). Permitted winter day use of the backcountry is something that is being seriously discussed by the Forest Service. State Highway departments and ski resorts adjacent to backcountry terrain are going to be even more stressed about the numbers of cars parked hither and thither while their owners gallivant about the mountains. So we need to be conscientious about our decision-making beyond simply where to go today and which slope to ski; we need to also consider the broader picture. 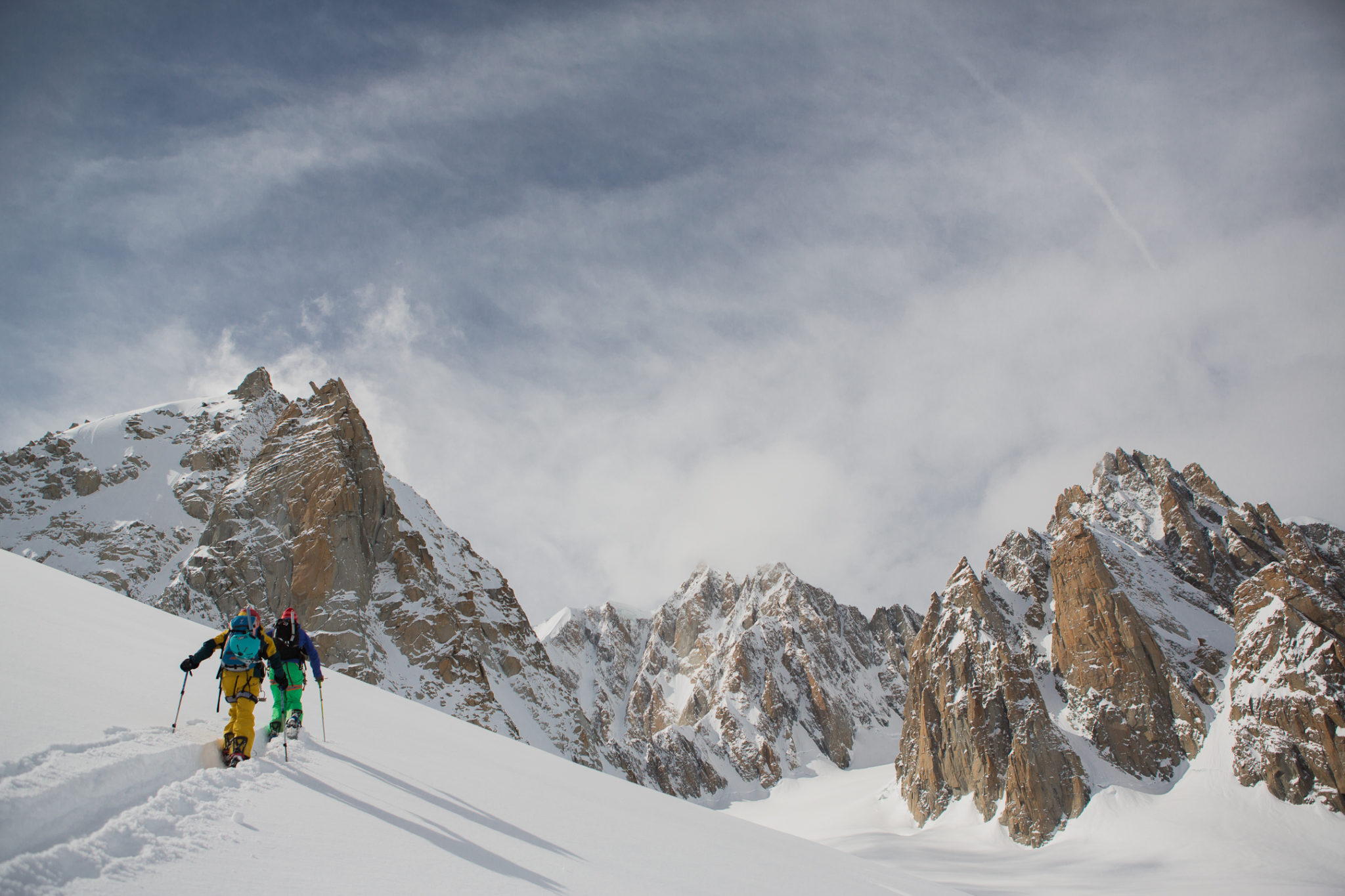 Something that has really helped pave the way towards better relations with the ruling entities over the last few years is the rise of backcountry advocacy groups. The Winter Wildlands Alliance has been great at sponsoring local groups, and now they are partnered with over 30 orgs around the country. Consider getting involved with your local group or at least being on their social media feed so that you can keep abreast of what is happening in your community, and perhaps instead of simply being part of the problem of potential overcrowding in the backcountry, you can help be part of the solution. Winter Wildlands itself has just introduced its “Ski Kind” campaign to remind us how to be good backcountry citizens and is worth a look. 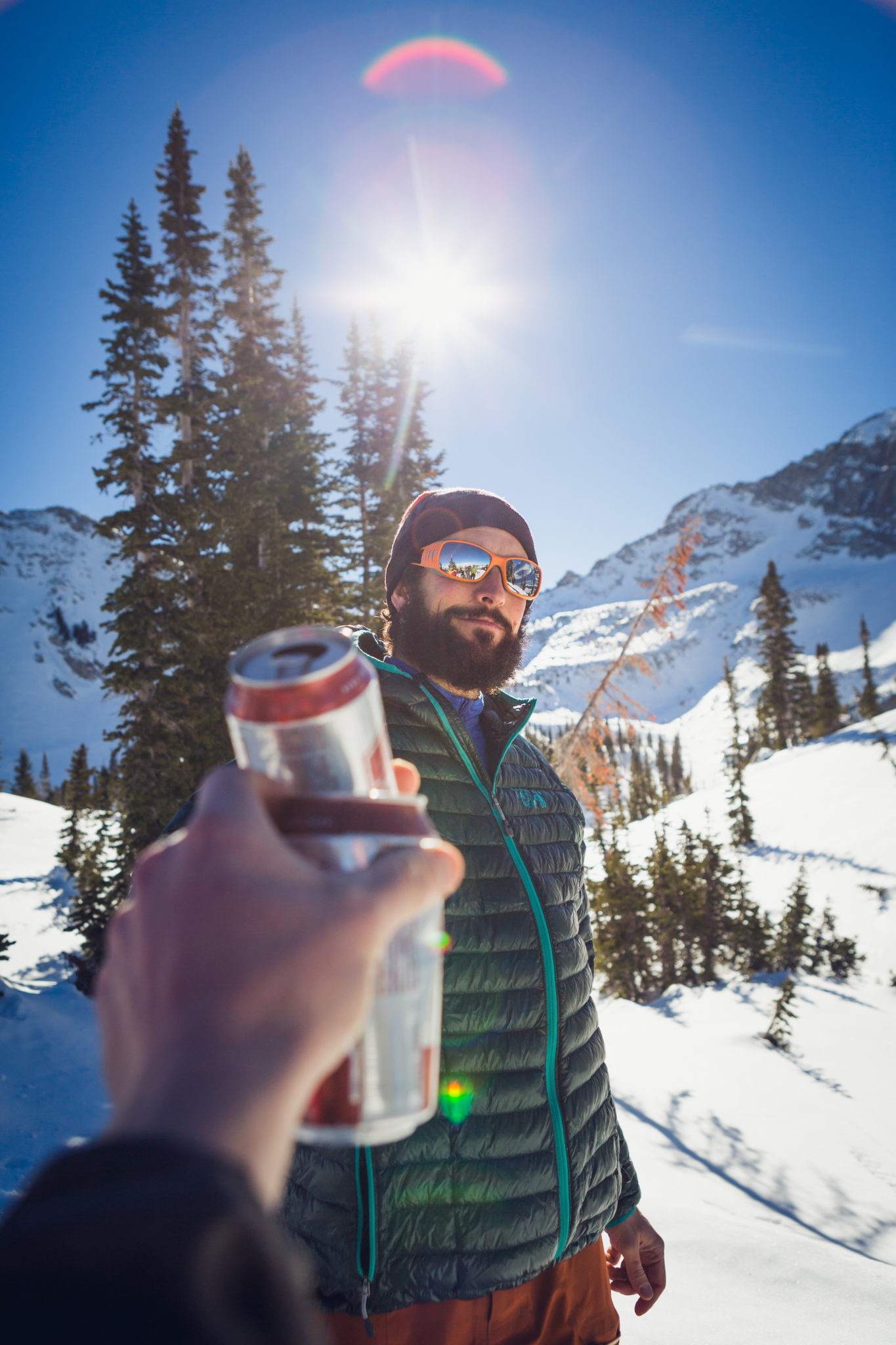 If you’re reading this, you love the backcountry. For the same reasons that you love it, many others do as well. But with increased popularity comes a higher profile, and with a higher profile comes a greater responsibility to the community, which has now grown past you and your pals to include land managers. So this winter, be tolerant of the many newbs you see, be thoughtful about the decisions you make in the backcountry, and consider the broader implications of your decisions. It’s important to realize that we are all ambassadors for backcountry riding and that the future of our passion – at least in the short term – may depend on the behavior of all of us. 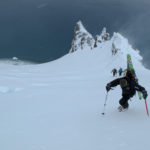 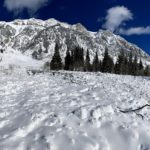