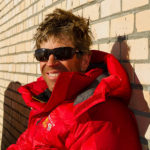 In an announcement that surprised the Salt Lake City backcountry, starting this season, the Utah Department of Transportation (UDOT) has banned all backcountry activity in Little Cottonwood Canyon while they are controlling the road with 105mm artillery. It’s reasonable to think that target areas would be banned, but what was shocking was the scope of the ban, which includes all of Little Cottonwood Canyon, bottom to top, side to side, plus a 1 kilometer overshoot buffer zone on the backside of the ridgelines. It also stipulates that in anticipation of shooting, backcountry use is banned from 8:00pm the prior evening until UDOT reopens it via their Twitter account, which would be sometime the next day after 8:00am. The closure includes overnight camping in the far reaches of Little Cottonwood, ice climbing at the base of the canyon, fat tire riding on the old rail trail and romantic evening snowshoe outings from the White Pine trailhead. In case there is any misunderstanding of Salt Lake County Closure Ordinance #13.12.010, armed Sheriffs will be on hand to enforce it and issue Class B Misdemeanor tickets to the confused. 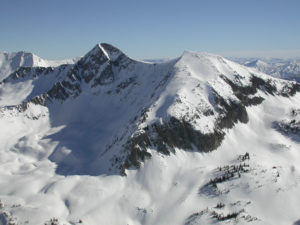 The Pfiefferhorn in Little Cottonwood Canyon. This area is miles from the shooting zone, but is now closed.

Even though the scope of the ban is surprising, the fact that it happened is not. The Central Wasatch Mountains are a tiny little range with a huge population encircling the base, sides and back. Little Cottonwood Canyon itself is only ten miles long by five miles wide and close to two million people live within minutes of the mouth. Size-wise, that translates into one person for every 700 square feet of Little Cottonwood Canyon, and while the population is scheduled to double by 2025, the mountains are not. Crowding is a problem now and will only get worse. 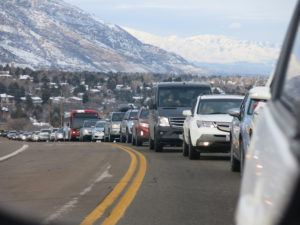 The LCC Road goes on forever and the waiting never ends.

But that’s just a small part of it. Little Cottonwood Canyon (LCC) was first developed by LDS pioneers in the 1850’s for timber and then later ransacked for silver at the turn of the century. During the silver era, the main mode of transportation was a railroad line which was repeated taken out by avalanches, as was the town of Alta. When modern day State Route 210 was built, aka, the Little Cottonwood Canyon road, instead of routing it away from avalanche paths, they went right through them. Now, with 36 paths that hit the road in 13.6 miles, LCC holds top honors for American roads with high avalanche indexes, which is a measure of avalanche terrain, snowfall, traffic volume and consequences. When a 2wd rental car slides off the road during a snow storm, it can cause a two hour long traffic jam right in the run-out zones of numerous avalanche paths. 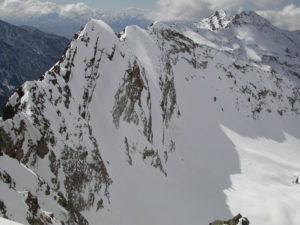 The backside of Little Cottonwood Canyon, which is now also closed.

Little Cottonwood gets prodigious amounts of snow, especially when all of the factors coalesce to create the perfect storm from the northwest. The canyon is nature’s perfect snow trap. Big, wet storms slide in from the Cascades and then get turbocharged by the Great Salt Lake before being compressed from the sides and the bottom by the granite walls of Little Cottonwood Canyon, which create a type of snow magnifying glass. Then, as this snow mass rises, it gets even colder before being delivered into the awaiting catcher’s mitt of Devil’s Castle at the back side of the Alta Ski Resort. At full throttle, the Alta Guard Station can get six inches of snow per hour, which in 2003 added up to over seven feet in one storm. During times like this, the danger is so high and obvious that everything is shut down for everyone until further notice. When it clears… let the games begin. 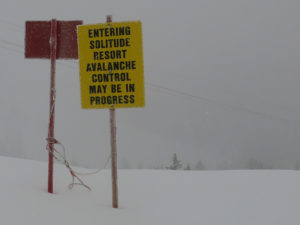 Resorts staking their backcountry turf, or at least trying to.

Clearing this amount of snow and making the road safe requires a herculean effort and close to a million dollars per season of taxpayer’s money, which vastly outstrip the benefits of maintaining the outpost town of Alta, UT – population 390. If LCC had been any other mountainous road in Utah it would be gated and closed during the winter, much like Guardsman’s Pass in Park City, East Canyon in Parleys, American Fork Canyon, Mill Creek Canyon and many others. Many of these roads have residents at the end of them, but no ski resorts. When “romantic” Alta Ski Lifts Inc. began over 75 years ago, chugging up Little Cottonwood Road in your Model A Ford was a major part of the adventure and if it took all day, so be it. Fast forward to 2016, where an hour’s delay on the 40 mph road qualifies as a disaster. During the ski season, the LCC road gets 5,000 to 6,000 cars per day all trying to get to the same place at the same time, so now not only does it have a high avalanche index, it is also far over capacity. Traffic jams, frayed tempers, accidents and mayhem ensues. Add to this the economic pressures of the resorts losing 1.4 million dollars a day when the road is closed, and the idea that while you are stuck waiting in traffic, you always have the option of turning left and going up Big Cottonwood Canyon to Brighton and Solitude.  In many ways, the Little Cottonwood Canyon road is the choke point for future growth at Alta and Snowbird – not only is the capacity maxed out, but there’s not enough room to park all of the cars once they get there. 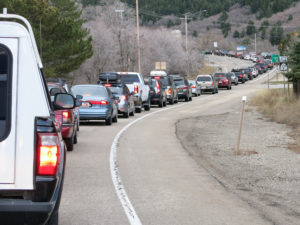 Little Cottonwood Traffic at 8:00am on a Saturday morning. Hurry up and wait.

As such, UDOT is under immense pressure from the resorts to shoot the road open as early as possible, something that is complicated by people touring in their target zones when they can’t be seen due to storms or darkness. UDOT fires about 500 rounds per year into the walls of the canyon and a single mishap could endanger all of the avalanche artillery programs in the U.S. Other areas, like Rogers Pass in British Columbia and Red Mountain Pass in Colorado, have backcountry restrictions, but they also have avalanche mitigation measures like snowsheds, whereas Little Cottonwood relies entirely on artillery. Another major difference with Rogers Pass and Red Mountain Pass are that those roads are true public thoroughfares connecting cities, welfare and commerce totally unrelated to skiing. Conversely, the majority of winter traffic in Little Cottonwood is going up to the ski resorts, which are privately held, for profit companies operating predominately on public land. The end result of the backcountry closure is that it pits resort skier’s interests over backcountry users and corporate profits over public access to public lands. 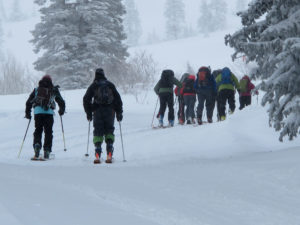 A small party heading into the Wasatch backcountry.

The hurried and ham-fisted nature of UDOT’s announcement illustrates both their frustration with the current situation and the likelihood that it is far from the last word on the topic. On a predawn sweep of the trailheads, a parked car could just have a dead battery, or it could be someone out for a short walk along the creek before work, or it could be someone climbing up a couloir. There is no time to track down stuff like this, so banning all backcountry use was the expedient choice, which works for everyone but the backcountry users. UDOT claims that the closures will be done as expediently as possible, but followed up with a threat that “if this revised plan does not work, more restrictive closures may be needed.”   The overt message to backcountry users is to go somewhere else while they are bombing, namely, Big Cottonwood Canyon, which just shifts the problem over to that canyon. The idea of just going somewhere else could also apply to resort skiers – if the avalanche danger is too crazy in Little Cottonwood, there is always the nice safe option of going to Park City and letting the snowpack settle. A permanent solution would be to build a costly avalanche-proof mode of transportation up Little Cottonwood Canyon, such as snow sheds or a controversial rail system. Ironically, this is a low priority as UDOT has done such a good job of keeping LCC safe over the years that it doesn’t have the carnage factor associated with fixing a major road, like Highway 6 to Moab. All of that is subject to change if a bus full of kids gets taken out by an avalanche, or an artillery shell overshoots and lands in a Salt Lake neighborhood. 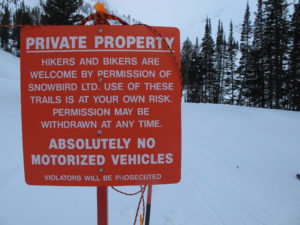 Welcome to the Wasatch. Now go somewhere else.

The town of Alta and Little Cottonwood Canyon are a co-dependent mix of 5% density powder skiing and 100% density gun powder. This arrangement has worked well for decades, but as more and more people pack into the canyon, it has become the classic Tragedy of the Commons – what works well for ten people does not work well for ten thousand. Changes are inevitable and compromise is essential, but hopefully everyone will learn how to play together and ski with scissors before the backcountry is completely banned in the name of public safety. 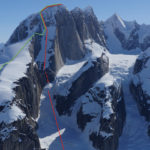 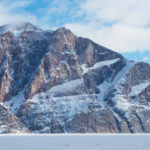 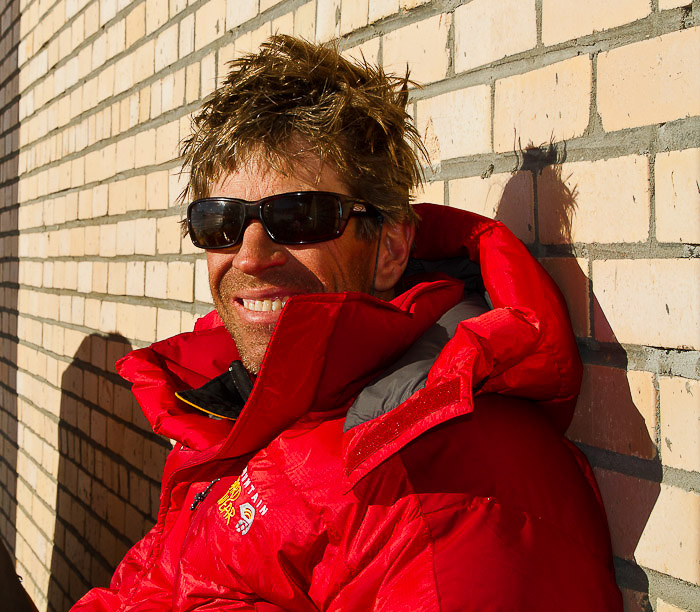 Whumping and shooting cracks are like junkyard dogs – you only get warned once before they eat you.” It might have been Bruce Tremper who said that, but it is very true. Turn around ASAP if you experience either of these

What Andrew failed to mention, or transpired after this article was submitted, is that the UDOT closure policy was significantly changed again in December following public input to reduce restrictions to popular climbing areas and areas south of the highway. The most recent version of the policy can be viewed at http://www.udot.utah.gov/main/f?p=100:pg:::::T,V:1672.
An important consideration that may not be obvious from this is that, while backcountry concerns may be secondary to resort concerns from a transportation standpoint, the road would be closed a lot more or possibly all winter if the resorts weren’t there and providing a economic benefit.

Hi Paul,
Yes, this policy was in flux at the time I wrote this article and has now changed to a much more reasonable solution.

As far as LCC and BCC being closed all winter, you are talking to the wrong guy – I’d be in heaven if all of Little & Big were only accessible by touring in the winter.