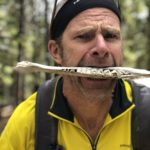 We’re skinning into one of the most popular backcountry areas in the Wasatch one morning after awkwardly docking my car into a snowbank because all the spaces are already taken up by 8:00 am, and I’m hoping that any cop who happens to come by won’t know that there’s a buried “no parking sign” next to my car.  Not only are we passing and being passed by other skinners, we periodically need to dive out of the way as the dawn patrollers are already bombing back down the trail.  As my partners and I skin and chat we don’t even bother to say hullo to any of our fellow skiers, effectively ignoring everyone, and likewise our fellow skiers don’t give us a second look or nod a simple greeting.

Some weeks later we are at the top of our first skinner on the Manti La Sal Skyline area, having a snack as we chat and leisurely transition in preparation for skiing the pretty low angle 1000-foot tree run we have just ascended.  We see some movement, and realize it’s someone else climbing our skin track.  As they approach we holler something to the effect of “wow, fellow skiers!” They look up, holler a hullo back, and we wait for them to arrive to chat. It turns out they are fellow Salt Lakers, and like us they were drawn to traveling a little farther from Wasangeles to ski something unusual and uncrowded, but we are all happy to see each other, and actually ski a few laps together and generally have a nice time. 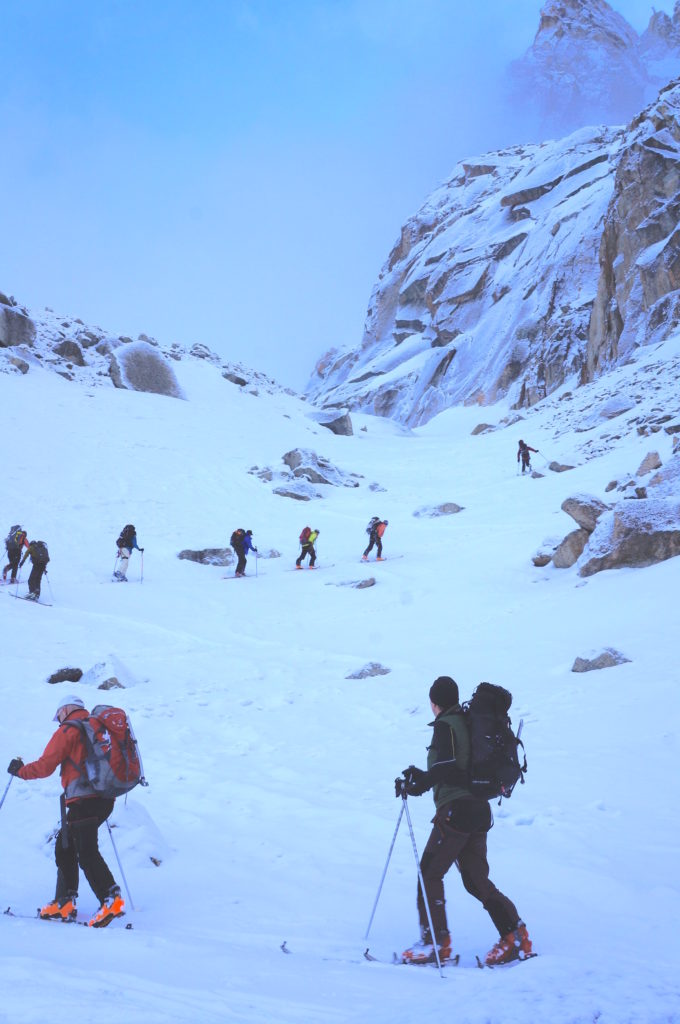 Two different scenarios, with two very different social interactions.   Yet the circumstances were almost exactly the same:  just another day of shuffling uphill to get a few minutes of fun descending.  So why is our attitude and communication with our fellow recreators so different?  Of course, it’s a function of crowding.  As backcountry skiing and snowboarding has become more popular, it follows that we will all have that many more “opportunities” to bump into our fellow riders, and depending on the numbers of people we see, our interactions with them vary, and I’ve seen these interactions fall into a few different stages.

Way Out There (or Way Too Dumb)

This is an adventure that practically no one does due to location, difficulty, conditions, timing, or lameness.  And if you happen to be good – or dumb – enough to do it, the odds that you’ll see someone are very low.  However, if and when you do bump into someone, not only will you be surprised but you’ll probably also know him or her, since great (dumb) minds think alike. And the interaction will be very much a positive experience, probably filled with talk of former and future adventures, mutual friends, etc.  And you’ll likely connect for a bit, if not for the rest of the outing.

These outings are not done often given the locale, conditions, etc. but they do get done, and if you choose to do the really long approach and bushwhack it’s possible you won’t see someone, but you’re not surprised when you do.  Maybe you know them and maybe you don’t, but if the opportunity presents itself your party will likely connect with the other party and share a bit of beta, or maybe make the second-hand friend connections. Maybe you hook up for a run or two or maybe not, but unless you’re a misanthrope, your social interaction is again pretty positive.

You meet your friends and carpool to the trailhead, which has a half a dozen cars parked, and the skinner is in.  You have a fine day of marching up into the hills and while there’s tracks there’s also plenty of lines available, and periodically you cross paths with fellow snow enthusiasts on the skin track or at the transitions.  Due to the sheer number someone from your group will probably see someone in another group that they know which is fun for them, but generally there may be a bit of idle chitchat between the groups with “howzitgoin” and “where you guys headed?” and “you see anything interesting?” (avy conditions) being the extent of the conversation.  The interactions are neutral, neither annoying nor enriching.

You roll up to the parking area and there are no spots, so you gotta go somewhere else.  The second and third trailheads are jammed too, but finally you figure out a way to wedge your car in.  Some dude has decided that hismusic rocks and thus trumps all others, so he’s cranking it as he puts on his boots and yells at his friends who also drove up and took up an extra parking place.  Cringing, you and your pards hurriedly gear up and tromp away, hoping to be able to go beyond the hordes and maybe find some untracked lines, but it’s now 2 days after the storm and the area has had the shit skied out of it with nary an open patch of untracked, and the too-steep skinners are slick as snot. Regardless, people still seem to be everywhere, and inevitably halfway through the day you bump back into the same tool you saw in the parking lot, and now his music is thumping out of his backpack as he skis down on top of you. Not only are you not saying hullo or nodding to the people you see, you have a hard time not just glaring at all of them for simply being in your general ‘hood.  You might as well be at a gawdam ski resort! 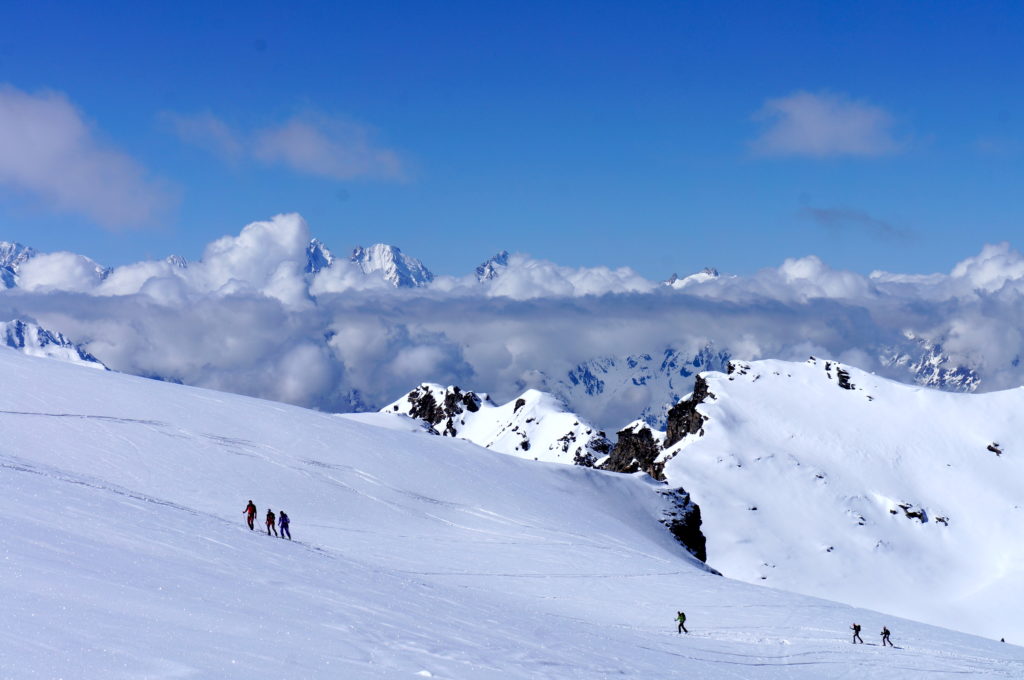 Aristotle was supposedly the first person to talk about “the wisdom of the crowds,” but I don’t think he even did much skiing in northern Greece, much less at Berthoud Pass.  Too many people in any situation seems to have a lot of negative effects: a lack of empathy for others, impertinence, aggravation, impatience, etc.  But there are many situations where crowds are tolerated:  concerts, airports, stores, the subway, the DMV (ok, well, no one can stand the crowds at the DMV!) and we do just fine with those; we don’t necessarily have a negative experience, just neutral, mostly by not engaging too much. Sort of like the Typical Day above. But how can you improve on that?

NPR sponsors a podcast called “Hidden Brain,” and on a recent episode Shankar Vedantam interviewed a guy from the U of Chicago who did a study of people on subways, which are notoriously crowded and famously anonymous.  From the podcast:  “Volunteers were assigned to one of three conditions – engage with the people around them, sit in solitude, or act as they normally would on their commute. People predicted that they would be the least happy if they had to engage with other people on the train. But that’s not what the study found.  People reported being happier, less sad and having a more pleasant commute when they connected with the person sitting next to them than when we randomly assigned them to a condition where they were asked to sit in solitude.”

Now, I’m not the first to point out that riding on the subway is a far cry from some dickhead who’s about to poach your sweet line, but I will say that after visiting infamously-crowded Japan and seeing how effortlessly the Japanese people deal with intense crowding I began to (try!) to let go of my backcountry crowd-induced angst and be a nicer, more thoughtful guy on the skin track.  And I realized that a good way to avoid the crowd-crank was to move myself farther towards the unusual in terms of my outings, so that I could avoid the temptations associated with the dealing with The Shitshow. 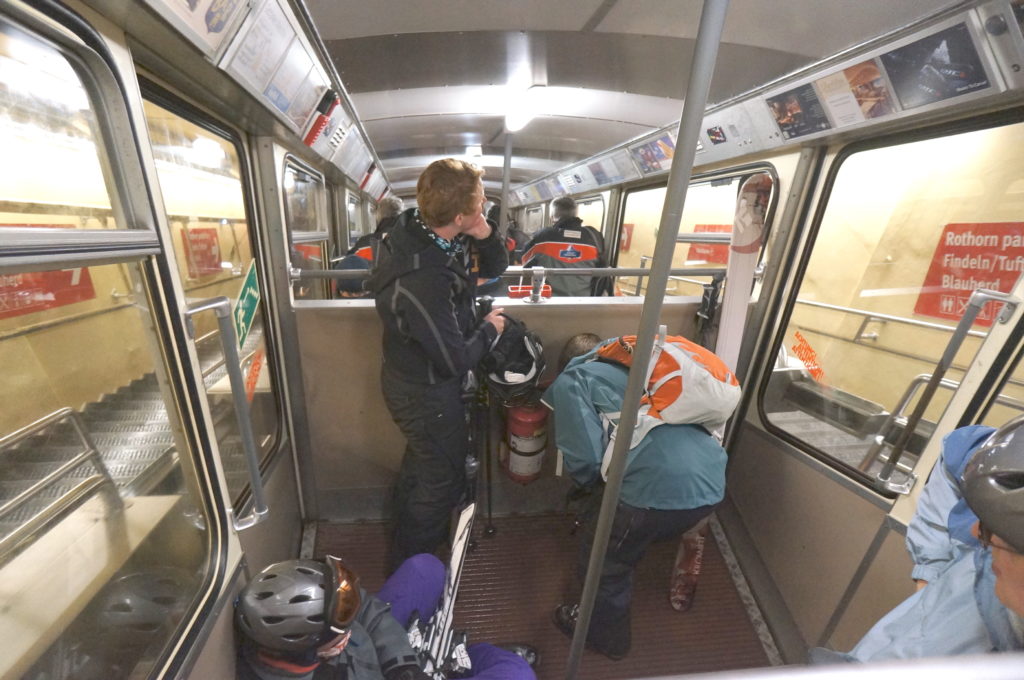 So next time you’re out on a high danger day and bouncing off everyone else who is hunkering in the mellow areas and you find yourself getting a bit agitated, just think of the ways to get yourself onto a new stage and  – like everyone else out there – just have fun skiin’. 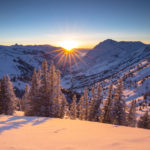 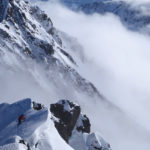 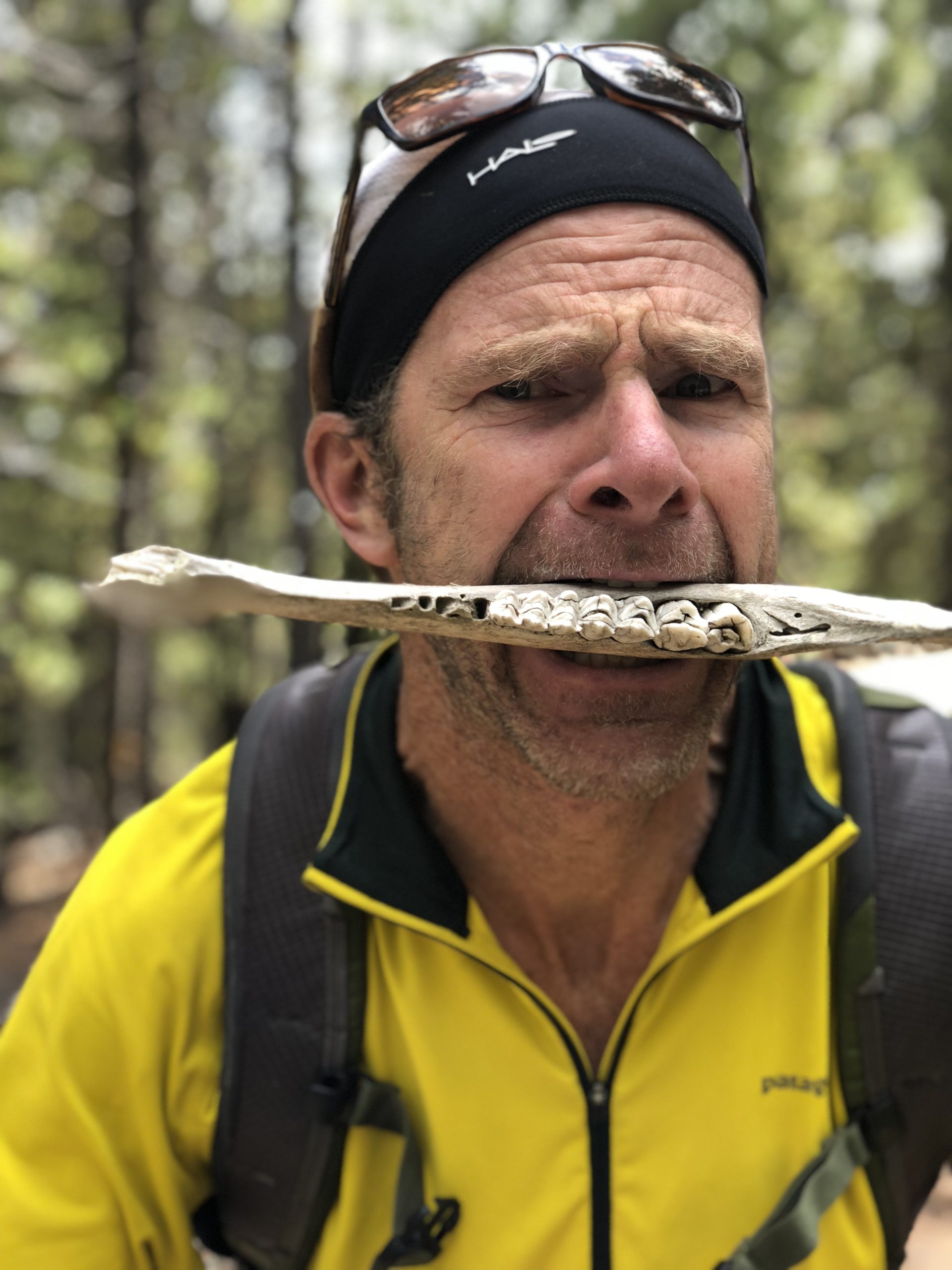 Interestingly, I was just up at Berthoud Pass yesterday. On a Thursday, so not a “weekend warrior” crowd for sure. But there were 15-20 others there. It was 95% a really enjoyable experience, though there were 3 things I was a little surprised about: 1) a bunch of snowboarders without splitboards showed up and proceeded to posthole the hell out of the skin track. It really ruined it. I thought this was rule #1 and the one everyone knows, but hey – BP is the easiest place near the front range and well, attracts, you know… 2) some rather unfriendly… Read more »