The Big Short in Silverton 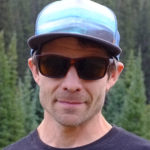 Stop me if you’ve heard this one before. A couple moves to a remote mountain town in the San Juans, purchase some land, buy a chairlift and start collecting tickets. Not long after, they work a costly and complicated deal with the BLM and gain access to public lands. This stirs up controversy with local skiers and a solution is reached. The entire area will be closed while performing control work and open to the public otherwise. What ended up happening was the entire area was closed winter-long because there was too much of a need to drop bombs: “collecting data about the snowpack and controlling the terrain for skier safety.” In the end, Silverton Mountain gets exclusive access to public lands and in one of the most recognized basins in Colorado, Velocity. End of discussion.

Fast-forward a few years. Telluride Helitracks (TH) is working with the BLM on their own heli skiing permit and request a number of pods (chunks of land), some very near Silverton, some appropriately far away. That story ends with TH gaining access to a heck of a lot of terrain but was denied a few of these requested pods for the following reasons from the BLM:

“RATIONALE: The Agency’s Preferred Alternative is a reasonable compromise to the Proponent Proposed Action and responds to concerns expressed during public involvement, which included: conflicts with wilderness; conflicts with backcountry skiers, including noise or quiet use issues, and competition for powder; safety and use of explosives in the backcountry; disturbance of wildlife including lynx; impacts to San Juan County; trespass on private lands; too many landing sites, too much terrain, too many service days and too long a permit period in the Proposed Action.

The Agency Preferred Alternative is a balanced approach that reflects the public interest in heli-skiing as matched with the public’s desire to engage in quiet use winter backcountry recreational activities. This alternative also keeps helicopter skiing away from existing designated Wilderness and Wilderness Study Areas (WSA) boundaries. Noise and overflights of the Silverton area and most developed private lands are avoided. Potential backcountry skier and snowmobile conflicts are also minimized under this alternative. Potential impacts to historical structures and Canada lynx areas of use are also avoided.”

At the end of this one, Helitracks continues on with the terrain the BLM deemed appropriate and everyone is happy, sort of. 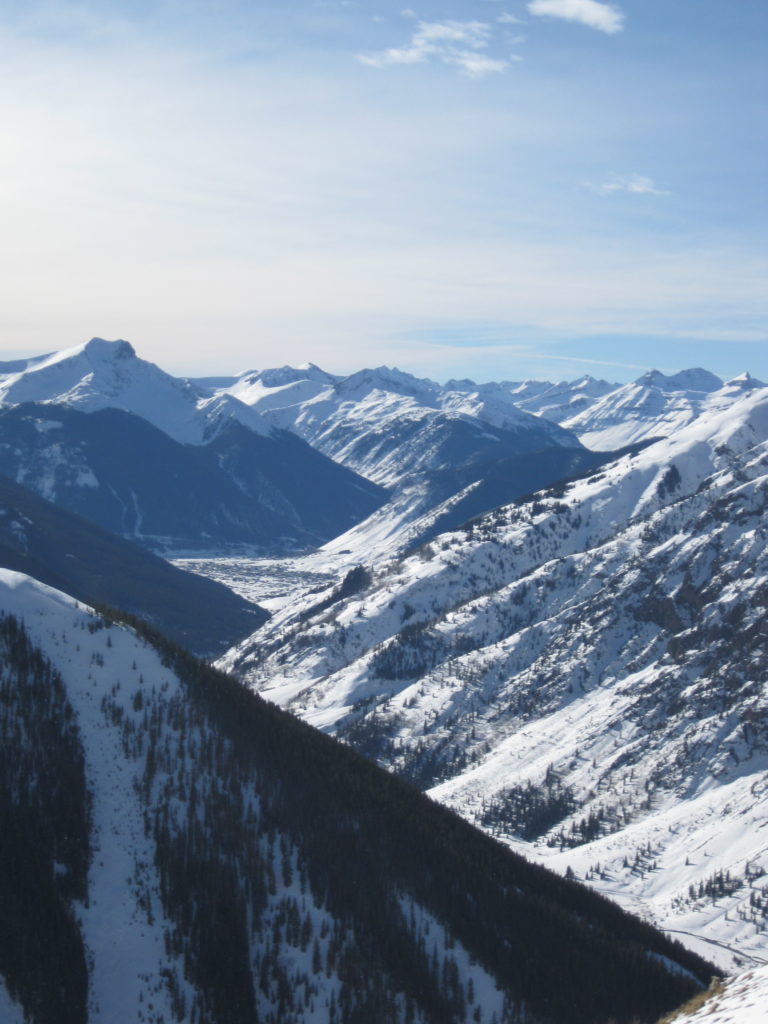 Advance again to 2010. Silverton Mountain Guides (SMG) decides they want to give helicopter skiing a go in the San Juans. A deal is struck and SMG assumes a portion of TH’s permit area and begin flying. All is fine. The terrain was not used much by TH and was far enough away in almost all cases. Few conflicts with other user groups existed, because there was no real overlap. SMG was/is heli skiing in terrain that was far enough away to put it out of reach for most other user groups, particularly since there is good terrain to ski, ride, and walk your dog which doesn’t require a several-mile approach. It worked, and still does.

Moving forward one last time to now. At present, the BLM and SMG are back in negotiations. Long story short, SMG is vying for the same terrain TH requested and was later denied back in 2006. Yep, that was the sound of vinyl coming to a screeching halt.

Despite what seems like a waste of time, and money, most of which SMG has to pay for, they’re pursuing those pods again. The ones which were deemed inappropriate just a few years back. In 2006 TH was told “no.” Since then, has anything changed? The same problems, if not more, exist as did in 2006 when TH was denied this area for heli skiing. The historical sites problem still exists; the Lynx aren’t wintering in Mexico; helicopters still thump through the air, making it hard to coexist with quiet-use users; safety concerns still exist; the overlap with BC skiers still exists, if not to a greater degree; the sidecountry terrain hasn’t grown. The list goes on. But apparently there is something we’re missing. Otherwise, why would SMG spend the time and money required on this proposal? There are lots of theories. If you did a little homework on the sudden, and recent redistricting of this side of the San Juans you’d uncover one. If you could hear the we’re-going-to-loose-our-jobs pleas in a public meeting on the topic some months back you’d be on top a what looks like a manipulative effort to generate support from the community and pressure the BLM to side with Silverton’s struggling winter economy. Along those same lines, and at the same public meeting with San Juan County, BLM officials and a strong showing of the public, SMG argued that they need “safer” terrain. But it’s not safer. In fact, the objective hazards are even greater in the area in question. It’s a shallower snowpack; It’s at least as windy; the ridges load from the south and southwest producing significant cornices and the same wind slabs SMG is “trying to get away from.” Adding to the problem, the exits, quite honestly, are even more problematic as they are thick, full of rotten snow, and steep. If you’ve skied back there, you know. If you haven’t, it very well may look like a nice place to fly some clients to. It’s close; the bus can pick them up; and if you catch it right, it’s damn good skiing. But you don’t need to fly there, not even on a rest day. 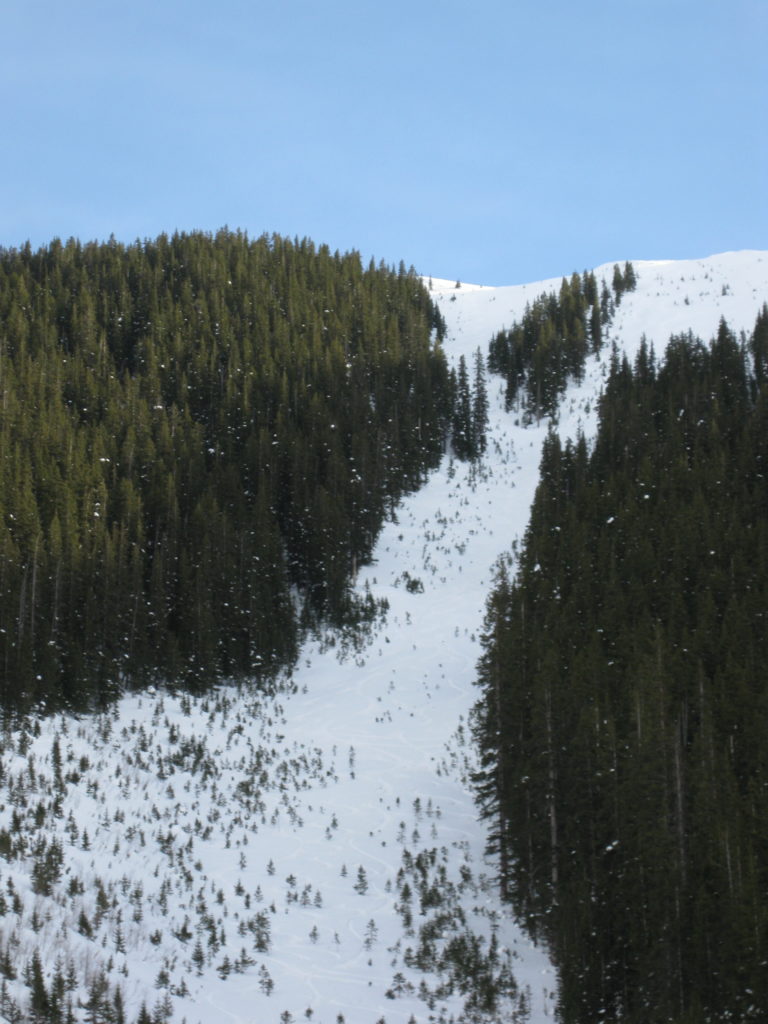 The process goes like this: SMG submits a proposal. The concept is scoped for public opinion. SMG hires a private contractor to perform the environmental assessment (EA), and this work is overseen by the appropriate BLM field office. The new EA goes public. The public gets to comment on it and finally the BLM generates a few options: 1. yes, 2. no and 3. some option in between.   Somewhere later in time the BLM makes a decision that you may may/not like. You can appeal it, but that doesn’t stop anything, not quickly anyway. The Lynx don’t get to comment…

Here’s the potential reality and a very real one. There is a river trail that leaves downtown Silverton and heads up road CR2, splitting at Howardsville and continuing up Cunningham Gulch for about a 5k loop. The other segment, depending on how our grooming team is feeling, carries on to Eureka another 4.5K. The terrain that TH was denied and SMG now wants would have helicopter-landing zones on or very near our beloved river trail. The helicopter would be landing on peaks directly above the road, not a ridge over, above same road you leave and 45min later you’re dropping in.

Here’s another problem. All of this terrain is accessible from town. You don’t have to drive there to ski there. Many and perhaps most people on the groomed river trails leave from town or from a starting point ½ from town. Snow machines leave from town. Skiers both drive out and ski out there.

SMG proposed method of ensuring no one is out there before dropping bombs is to look down from their helicopter, which they are required to fly at 11-13,000 ft. and look for cars. No cars, light the fuses. Their insurance company buys this “low-risk” method?

More likely, they will be forced to close the road into this area completely while dong control work and if history is any indication, that’ll be a lot. Could they close it for the entire winter? Seems unlikely, but time will tell. They didn’t think they’d have to close CR52 into Velocity basin for the winter either. The problem is, we don’t know what will happen. We don’t exactly have full disclosure.

It’s true; many of us are opposed to this proposal. We’re not, however, opposed to heli skiing, Silverton Mountain, SMG Heli-skiing or the chance for them to modify where they ski to better suit their needs. We’d like to see them grow and thrive when possible. Roadside heli-skiing on the other hand, isn’t ok. Isn’t that the purpose of the bird, to fly? Is it not reasonable to think we can have a buffer of, say 4-5K (2 1/2-3Mile) between heli skiing and the frontcountry? 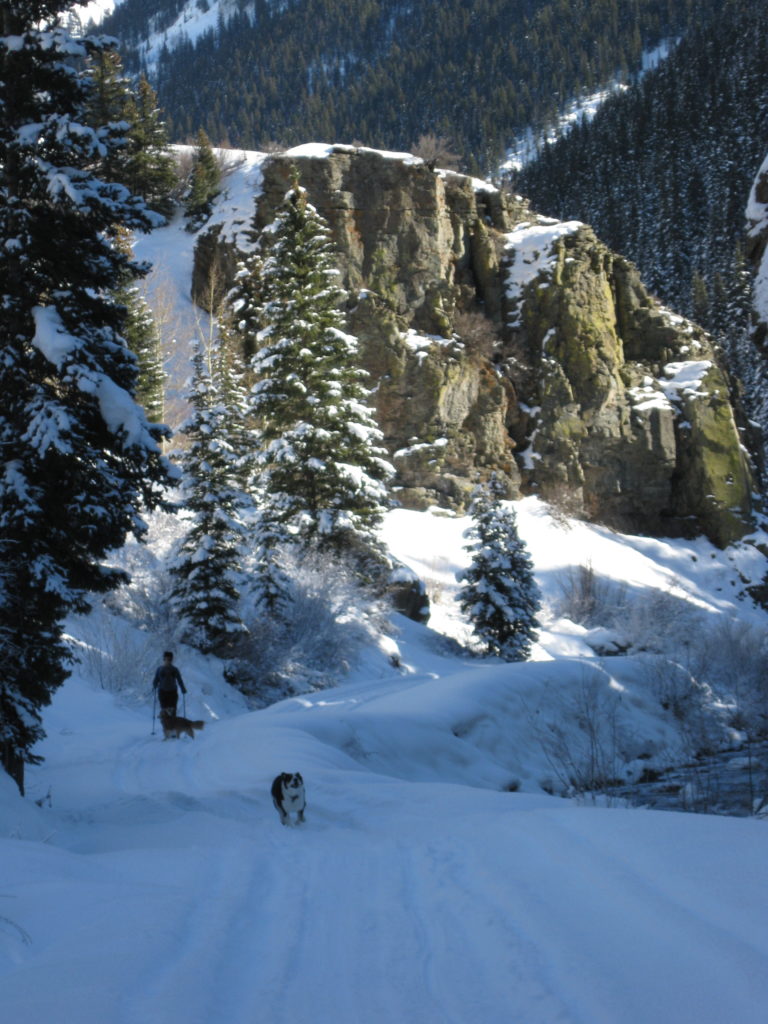 This decision may set the precedence for future heli ski operations and what is acceptable.

We are trying to protect our River Trail, our frontcountry terrain, the quiet, the lynx.

We have now created another community-dividing issue by pandering to the fears of those interested or dependent on a durable winter economy. Lets not give away any more of a finite resource to a heli operation that has tens of thousands of acres that aren’t riddled with conflict. Silverton Mountain has been going strong for 15 years and a significant portion of that with their heli ski operation in place. Expand or swap all you want with terrain that is out of reach for the rest of us, but don’t expect that the community, both close and far flung will sit back and allow you to land a helicopter next to the swing set because it makes more sense for you. There’s only one sandbox here Silverton Mountain, make an effort and stop playing the victim. You created the controversy. You can solve it.

Should you care to get involved: Write the BLM, Gunnison Field Office, and 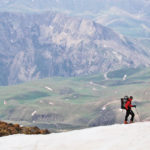 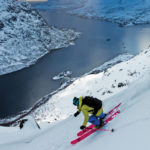 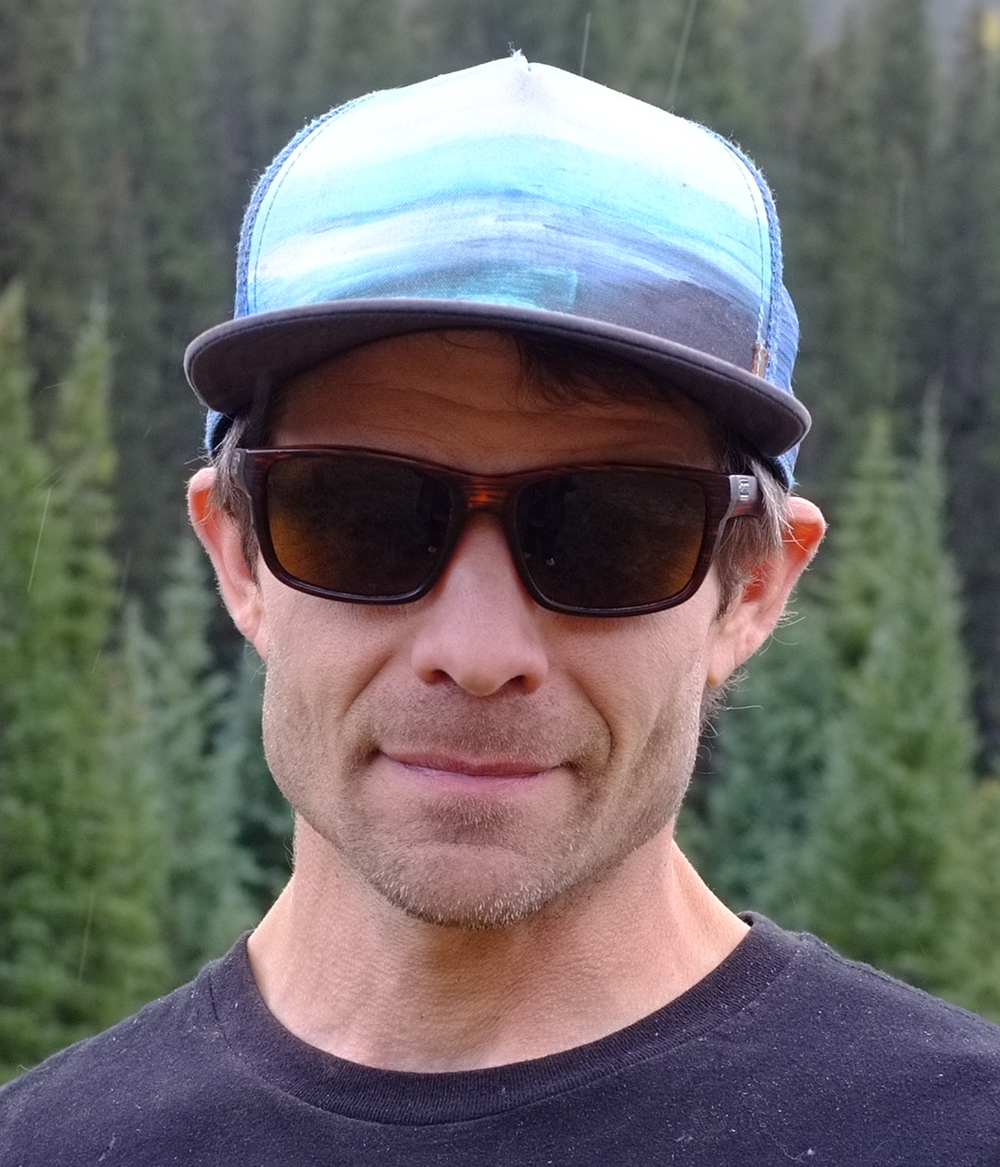 If I don’t run into you any time soon, just wanted to tell you excellent writing Jared! Enjoyed reading this!