Of Troglodytes and Technology 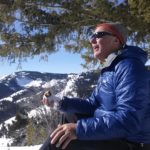 I glide into the eighth decade of life on earth and the seventh of climbing and riding up and skiing down its snow-covered hills and mountains with the intention to continue doing so more attentively than tentatively. Personal intention and attention are things we can control, or at least influence, unlike the weather and the snowpack and the intentions and attentions of our fellow skiers and other citizens of the planet. Like every person past the age of innocence I am continually reminded of both change and constancy in the things of life and in the intentions and attentions of its peoples, and the world of skiing and skiers is, it seems to me, a microcosm of the larger world.
Years ago, Bob Beattie, one of the best friends American skiing has ever had, passed on to me a universal truism that I always try to keep in mind, especially if a situation or premise seems opaque, contradictory or just feels wrong. He said, “The basics never change.” Those four words have helped me more than words can describe, though sometimes the basics seem buried in an avalanche of modernity and have to be dug out and revived in order to be more fully appreciated, and their corollaries certainly describe some constant verities and directions:
-If it looks dangerous it probably is.
-Why would something appear too good to be true if it wasn’t?
-If it feels bad, it is.
-If you wouldn’t do it if the camera weren’t there and you do it anyway, perhaps your lens is not as well-ground and polished as the camera’s.
-And the Kris Kristofferson koan so well known to people of my generation and bent of mind: ‘Freedom’s just another word for nothin’ left to lose.’ 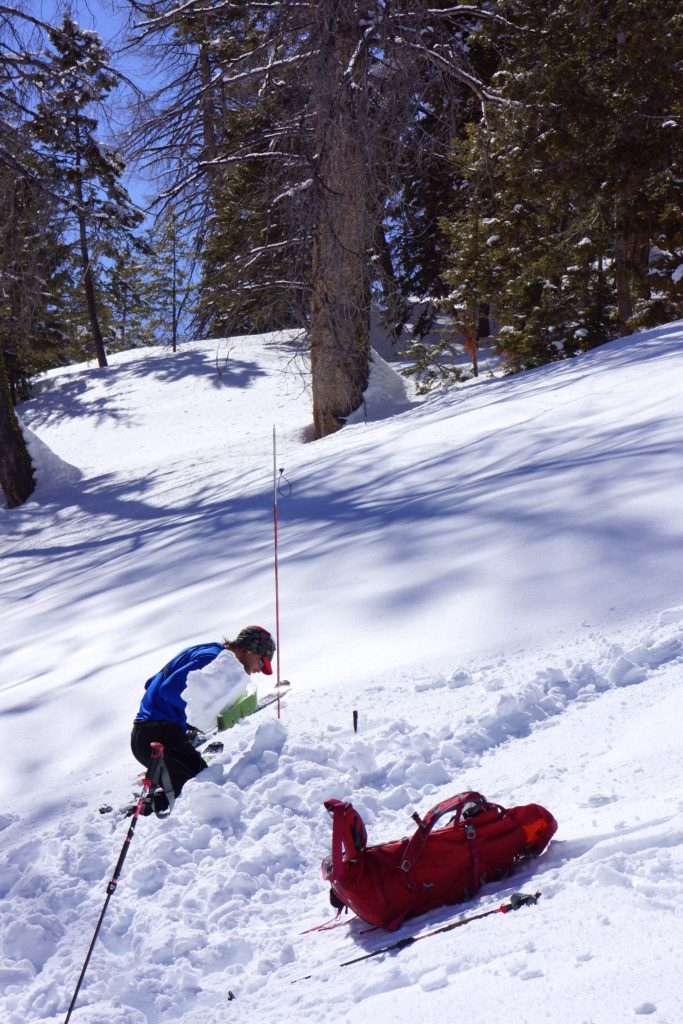 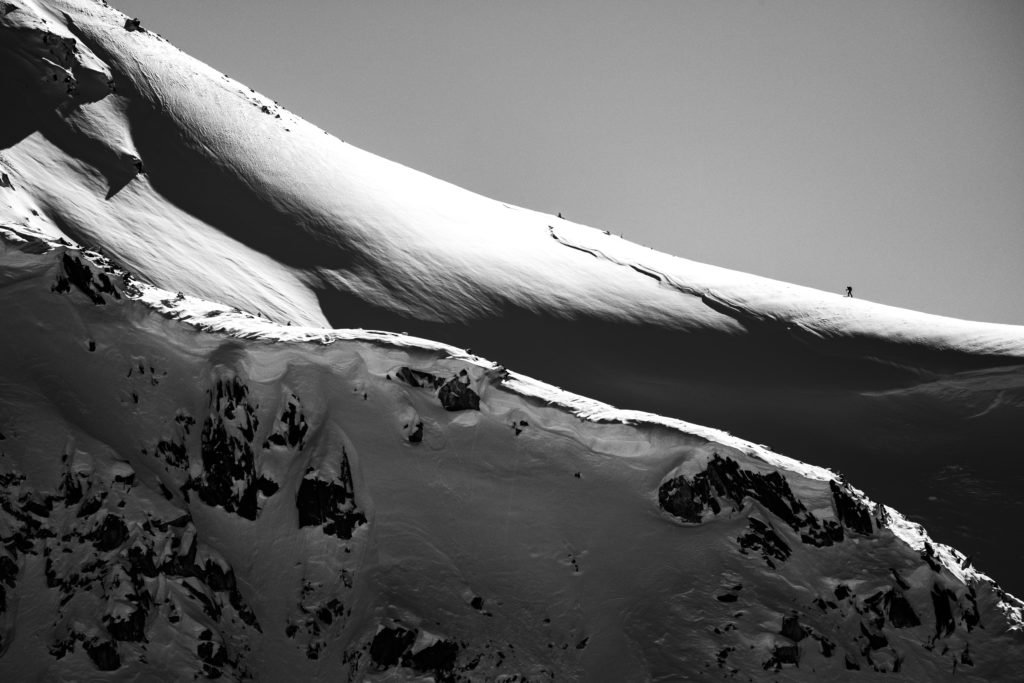 These items and the admonition “be prepared to spend the night out” are among the modern prerequisites for a day trip into the local mountains. For an overnight tour or longer a tent, pad, sleeping bag and more food need to be added. The majority of the items mentioned are tools of security, not toys of recreation. The life of skiing is recreation, and while backcountry skiing may well be among the most dangerous of outdoor activities (including climbing, hang gliding and BASE jumping), the question arises: at what point do the anxieties of security diminish/destroy/deny the pleasures of recreation? The solo ski mountaineer is an anomaly in today’s backcountry in some measure because the soloist cannot rely on or, really, even consider technology as useful in a crisis, and yet for some the solo experience of the backcountry is the best recreation of all. The expansion of the possible in skiing big lines, steeper slopes and riskier situations has gone hand-in-hand with the technology of security. It also goes hand in hand with the democratization of abilities that the technology of wider skis and stiffer boots has introduced to skiing. It seems to me that both metaphorically and experientially the combined physical and psychic weight of all that security both changes and interferes with the joy and freedom of a well executed turn. I have already mentioned that skiing is a microcosm of our world.
It is true that the only sure way to stay out of an avalanche is to ski slopes less than 30-degree steepness, and that gets old and tame and not very exciting. It is (equally?) true as well that having and using all the most modern avalanche technology and scientific knowledge and analysis does not guarantee that the slope analyzed as safe will not slide. There are no guarantees, only risk assessment.
Two recent conversations are relevant. I was describing to a highly experienced and competent backcountry skier an incident in Switzerland nearly 40 years ago when I shut down a film shoot involving the day’s work for 10 people simply because I didn’t like the look of the bowl we were set up to ski which slid on its own two days later, substantiating my sense of its instability. It was a huge slide. My friend said, “Didn’t you dig a pit?” I replied, “No. We didn’t know about the science of digging pits to understand avalanche danger.” What I didn’t say to my friend, for whom the techniques and technology of backcountry security are intrinsic to the experience, is that had we known such things and had the shovels to dig a pit the results might have confused more than clarified what was, for me, a straightforward issue. Pits are a treasure of useful information for the knowledgeable digger, but spatial variability in the snowpack is as real as the differences between every snowflake that has ever fallen or ever will. If we had dug a pit and the results showed stability there would have been enormous peer and professional pressure to keep the show going, to ski the slope and get the shot. While peer approval confers its own kind of security, it is basically as riven with a sort of spatial variability that makes the most trembling snowpack look like Gibraltar. Peer pressure, like the illusion of security in what is in essence a dangerous activity, tends to distract both mind and heart from the basics of survival. Before continuing, I wish to make it clear that this in no way is a call to not dig pits, study the daily avalanche reports, carry the tools of rescue or acquire as much knowledge as possible about the proper use of those tools and the contingencies of disaster, all of which have and will continue to save people’s lives in the backcountry. It is only to point out that they change the backcountry skiing experience in more ways than extra weight and expense. For some people they tend to make risk assessment a technological issue and instill an unwarranted confidence that, it can be argued, costs as many (or more) lives than it saves. 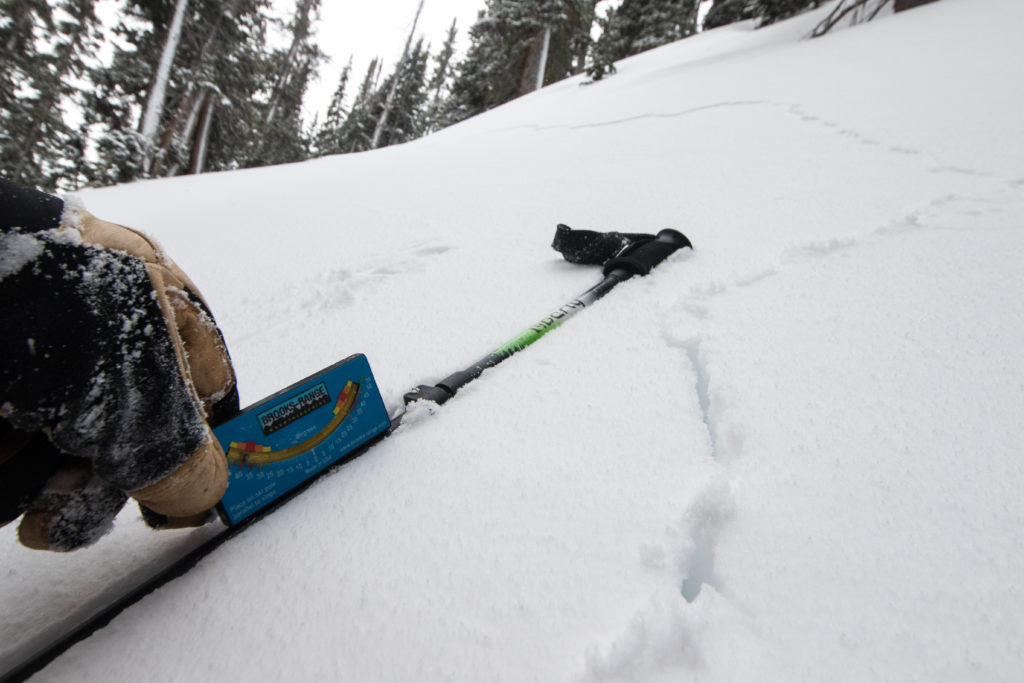 I mean, a great deal of backcountry skiing was accomplished before snow science, transceivers and the other gear was developed and used, and, while modern skiing in all ways is of a far higher standard with a greater range of possibilities it is worth questioning whether personal skills of survival are being replaced by technological fixes of security. It is an issue that I think deserves more attention than it gets. One leading avalanche professional commented on the subject, “I’m the sort to embrace technology to give me an edge. Having an edge is all it takes to stay alive sometimes.” The question is this: does embracing technology both give an edge and tend to push one over it?
Of the three categories of avalanche gear, the first—avoidance—is by far the most significant, important and useful. I know many people who have survived avalanches unscathed, a few who have survived with varying levels of damage, and all too many who did not survive. That said, in my view the only attitude and intention to take into the backcountry is that if you are caught in an avalanche you are completely fucked. Fucked. Fucked. Fucked. Using the gear in and of all three avalanche technology categories requires proper use of human faculties prior to and with at least as much proficiency as with the technology. At the (considerable) risk of appearing to indulge in what a devoutly Christian ski mountaineer in a decidedly un-Christian (or, at least, un-Christ-like) comment about a piece I wrote a few years ago about other changes in our world of mountains as another “troglodytian rant,” there is, is seems to me, a tendency among devotees of the technological to relegate to Purgatory or even lower realms the pure, organic, Caveman’s, basic judgment of the kind that knows in the bone that security and survival are not the same thing. The security of wearing a transceiver in an avalanche is insurance that one’s companions will be able to find and dig out the transceiver, but it does not mean that what the transceiver is attached to will survive. 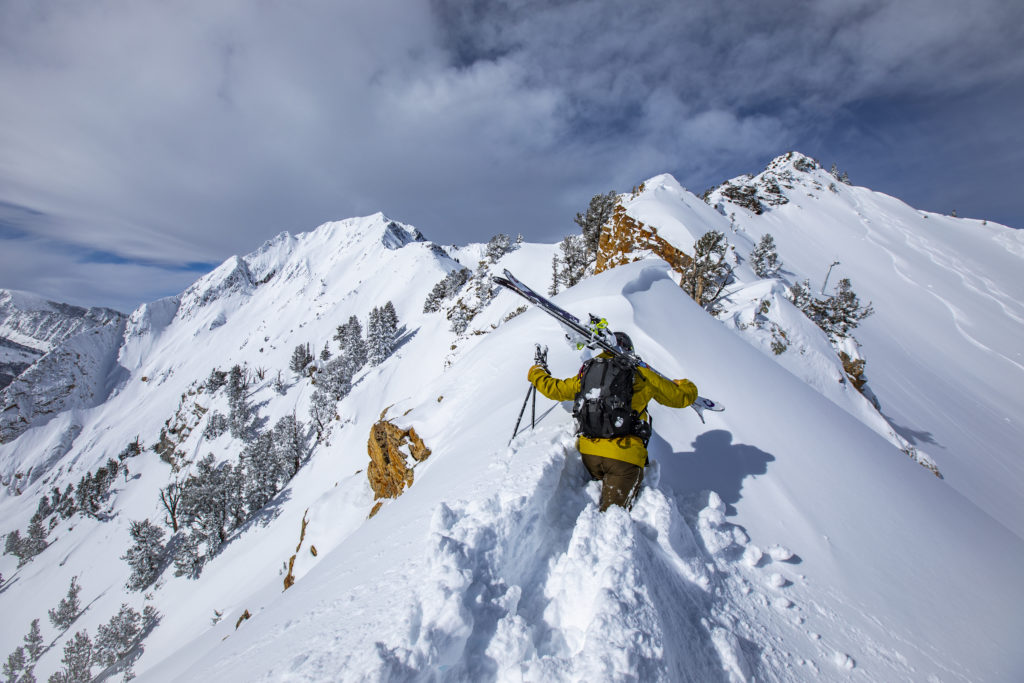 Not long ago I was talking with a friend who is one of America’s best avalanche authorities. I had been expressing my admitted lack of knowledge tinged with skepticism about the relative merits of the Avalung and, more important, the subtle shift in a sense of security and thinking about the consequences of risk its bearer will take into the mountains. I know that a (very) few skiers have survived avalanches because they had one, but I was questioning the premise that most skiers caught in an avalanche will have the time, presence of mind and ability to grab the air tube, place it in his or her mouth and keep it there while the avalanche runs its bumpy course and finally buries the Avalung equipped skier. My friend agreed that it could be a problem, but that a skier about to ski a slope that might slide will have the mouthpiece handy in case it becomes necessary. My friend prefers the ABS airbag system that will help keep the avalanched skier or at least the airbag on the surface, partly because the ABS rip cord is more accessible and easier to engage than the Avalung mouthpiece. An avalanche pro I know says  “…almost every time I put the Avalung mouthpiece in at the top of a run I hear a voice: “Can’t hurt. Could help a lot.”
I agree.
However, as I carve tracks into the eighth decade I hope to continue my basic Troglodyte ways of never skiing a slope that I even suspect might slide, whether skiing alone or with a partner or partners. And though I make sure my backcountry partners carry shovels and know how to use their transceivers, I shy away from seeking a security I do not feel in a bag of air or a mouthpiece that any avalanche worth a collapsing snow crystal might rip out of my mouth as quickly, easily and irrevocably as, say, the SEC’s most recent failure to adhere and pay attention to the basics and protect the American economy. 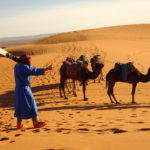 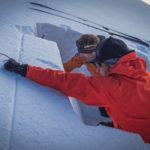 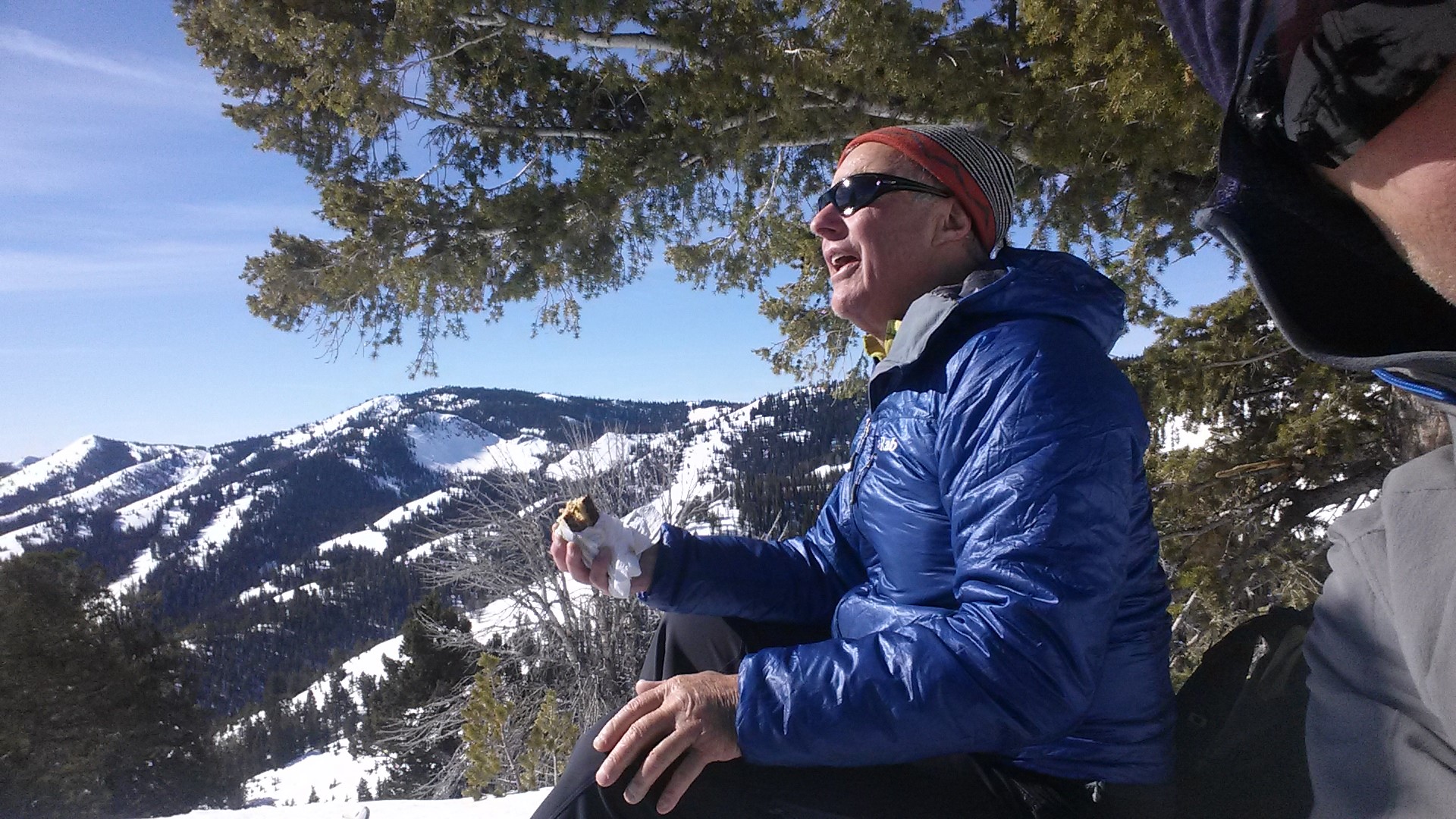 The (only) innovation that I can think of that will benefit backcountry skiing is for all local/state/national/world leaders to line up behind Greta Thunberg and deal with human caused global climate change realistically and immediately instead of economically and whenever the next climate change conference is scheduled by the world’s economic leaders.