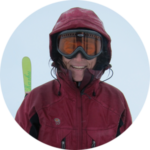 A couple of years ago I wrote about techniques for managing deep lingering instability and persistent weak layers (PWL’S) during the 2011-12 season in Utah.  The past three Utah seasons have been challenging in that PWL’s have become standard issue for a large part of the season.  Here, I aim to discuss the use of a simple checklist for teaching avalanche management strategies to recreational ski tourers.  I expand on ideas from learning, teaching and assessing on ski guide exams as well as human factor research from the airline and medical industries.

In day-to-day ski guiding in Utah, I frequently work alone.  My employers, Utah Mountain Adventures (UMA) count me as one of their old-timers and I’m either assigned clients or bring my own.  I let the office know my plans and check in by text upon return but other than that, I have little contact unless I run into other guides in the field.

UMA does require pre-guiding paperwork.  I call it “my morning meeting of one.”  Given that there’s also a schoolboy to get ready, I need to be efficient.  I go into the home office, bring up the avalanche bulletin – which conveniently includes a multi-day weather forecast.  I read the bulletin right through (including field observations from the previous two days), look out the window, check the outdoor temperature and fill out the set UMA pre-trip winter paperwork.  I then transfer the information to my field book.  I leave the paperwork on my desk as intentions.  Lastly I call or text the UMA office to let them know my plans.  On personal (non-guiding) days, I follow the same procedure – minus the pre-trip form.  My pack is organized the night before and sits with my boots, ready to go.  This is my system.

System:  It sounds uptight but having a systems checklist has become one of the more important details that I now teach on recreational avalanche classes, as well as a method I use to empower private clients.  It’s also an important detail in  a guides exam since most guides will end up working alone at some point.  Ski patrollers and heliski guide operations are familiar with the morning meeting routine, but it can be harder on your own – and it’s definitely harder when the day is done, to fill out your personal logs and reflections.

Last October I attended a presentation by Deputy Director of the Wallowa (Oregon) Avalanche Centre and commercial airline pilot, Julian Pridmore-Brown at the annual Utah Snow and Avalanche Workshop (USAW).  Acknowledging that the high risk/low probability/high consequence potential is similar for pilots and backcountry travellers alike, Pridmore-Brown shared his research on ways that backcountry travellers can improve decision-making and communication.  Using techniques developed by the airline industry to mitigate human factors in accidents, Pridmore-Brown identified similar patterns to decision making in the backcountry (ultimately seeking the all-important balance between concern for people vs. concern for task/goal/performance).  He explored collaborative decision-making in groups and developed a framework for understanding different decision-making and communication styles; Including the ability to identify red flags (feelings of unease or confusion within the group), barriers to communication (confidence issues, inability to hear – to name a few), inquiry (consulting with others), advocacy (encouraging others to speak up) and general skills (equipment use, fitness etc.) 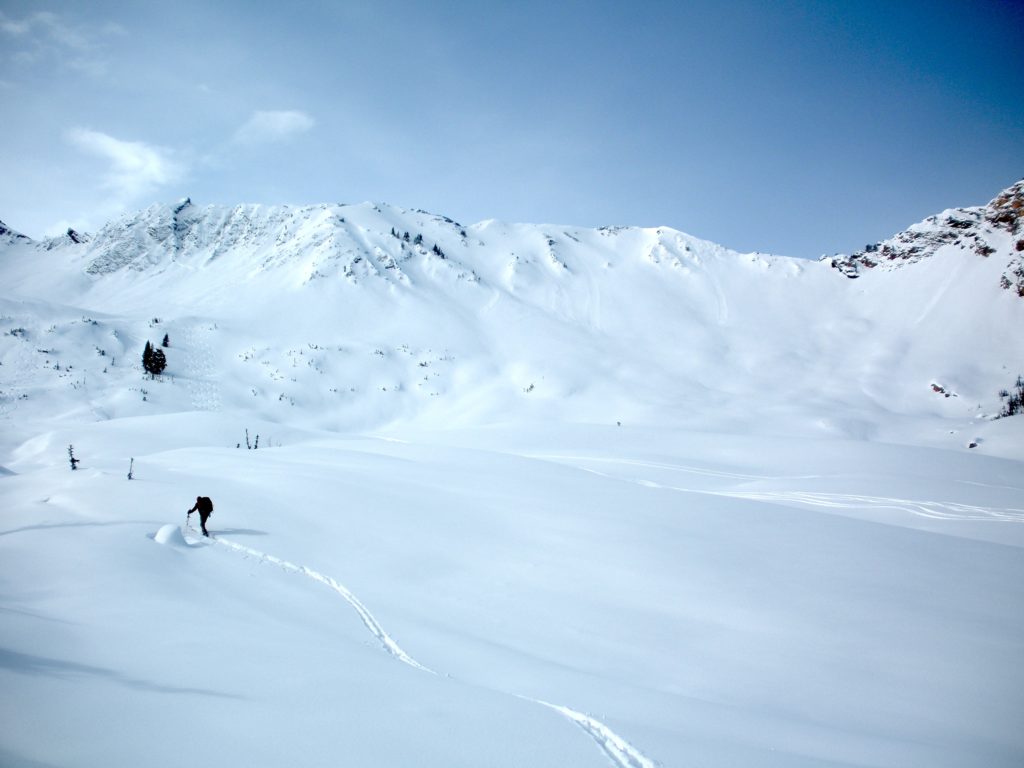 After attending the Pridmore-Brown talk, I read Malcom Gladwell’s, Outliers. Gladwell devotes a chapter to exploring ethnic and hierarchical barriers to communication, providing examples of how breakdowns in cockpit communication have led to airline crashes.  In recent decades improvements in crew communication of major airlines has resulted in drastic reductions in airline accidents. With the goal of greater openness and candor amongst crew, the airline industry named the practice “Crew Resource Management.”  CRM is described as a checklist procedure of pre-flight risk management plus a set briefing – a “forced conversation” – where red flags such as uneasiness or confusion amongst any crewmember require that they speak up.  According to Wikipedia, “CRM is concerned with the cognitive and interpersonal skills needed to manage resources within an organized system, [and is] not so much [concerned] with the technical knowledge and skills required to operate equipment.”  Expanding on the ethnic aspect, Gladwell draws parallels with the research of Dutch psychologist, Geert Hofstede.   Through identifying typical cultural psychological behavior, Hofstede researched cultural dimensions of different countries – focusing particularly on mitigated speech, or the tendency to play down or sugarcoat the meaning of what is being said (ie. hinting rather than stating).

Perhaps most interesting (from a NZ stand point) is Hofstede’s identification of the “Power Distance Index” (PDI) of different countries. According to Gladwell, “power distance is concerned with attitudes toward hierarchy, specifically with how much a particular culture values and respects authority.”  In a high PDI culture, typically people do not directly challenge those in authority.  On Hofstede’s ranking of PDI however, the lowest five pilot PDI’s by country are USA, Ireland, South Africa, Australia and New Zealand.  In these five countries crew are most likely to speak up about concerns, regardless of their ranking on the flight deck.  Gladwell identifies that plane crash ranking by country matches closely to countries identified as high PDI. Obviously in a pilot sense, we can expect a fairly flat hierarchical structure among the crew of an Air NZ jet – but taking this cultural typicality to the mountain setting, I wonder – can this sense of equality and individualism result in a lack of respect for decision-makers or experts?   Or does it result in an ability to ask questions of so-called experts, resulting in more discussion, better communication and ideas?  Obviously care should be taken when making cultural generalities and at some point we must return to the individual.

Taking the concept of CRM consciously to the mountains – without actually taking part in one of Pridmore-Brown’s workshops, I’m now more aware of the need to welcome individual input from my clients – while they may be inexperienced tourers, invariably they are smart people!  When meeting an avalanche class or private clients, I’ve borrowed from Pridmore-Brown’s research to mention CRM and how a “forced conversation” via checklist can help decipher the sometimes overwhelming amount of information available to the backcountry traveller – whether guided or instructed or a group of friends.  After a brief on packing safety gear and how to best wear transceivers for quick access in an emergency (and transceiver check), I run through a checklist-guided discussion with my group.  There are plenty of checklists available but my personal favorite is the American Avalanche Institute Backcountry Avalanche Checklist.  It demonstrates the most basic practices – from the weather forecast and avalanche bulletin, route discussion, and gear requirements – to the actual identification of avalanche terrain, avalanche clues and safe travel protocols.  Although I’m hired as the apparent “expert,” I encourage everyone to speak up with questions and observations – and feelings.  I’m in charge but I’m listening (or trying to!)

Sometimes I worry about being dweeby with my checklists and yellow notebooks.  But I worry more about making a mistake that could injure or kill sometime.  I worry I may miss a vital clue.  And I worry that I may get caught out and will need a client to find me.  Some days that’s a lot of worrying to work through.  Luckily there’s always simpler terrain! 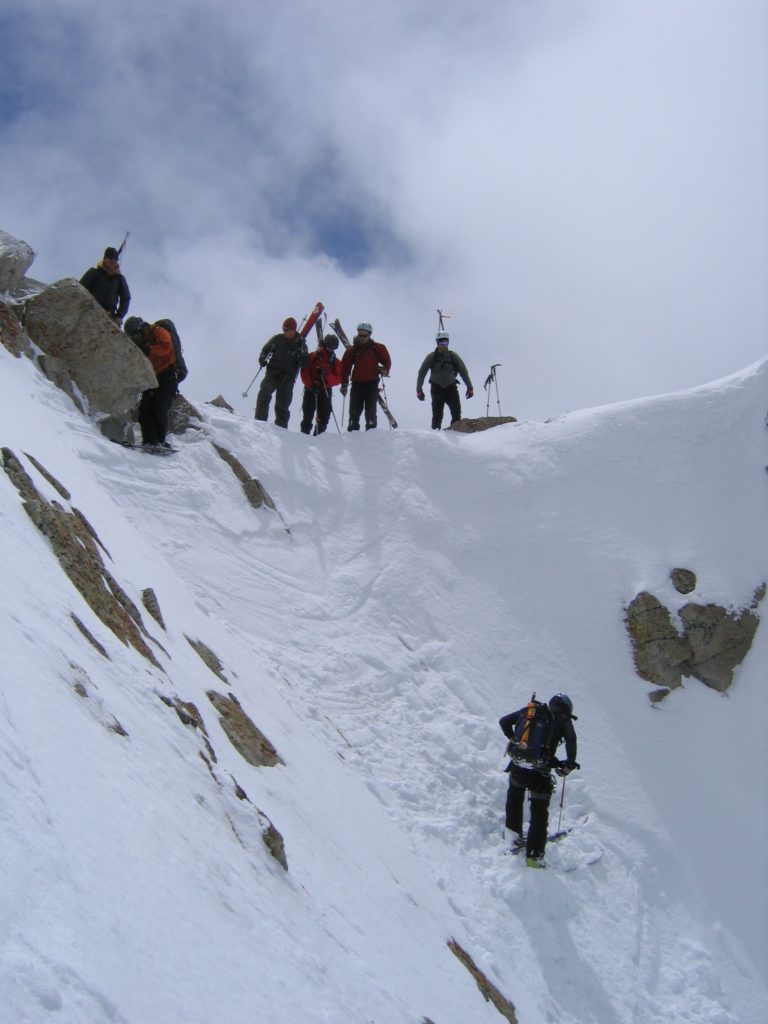 The Checklist Manifesto, by Atul Gawande, describes an experiment by a Dr Pronovost at Johns Hopkins hospital. “’We may admit that errors and oversights occur — even devastating ones,’ Pronovost writes, referring here primarily to his fellow surgeons, a group not known for modesty. ‘But we believe our jobs are too complicated to reduce to a checklist.’”  Borrowing from the airline industry and seeking to reduce the common occurrence of infections in hospital patients with intravenous tubes, Pronovost used a simple five-step checklist in operating theatres. Although the doctors had been trained in and knew the procedure, steps would still be skipped.  Strict nurses ensured the basic steps could no longer be missed, resulting in a reduction of infections from 11% to zero in one year.

We are not doctors or pilots – but we face similar responsibilities – and in a season with a complicated snowpack and commercial pressure it’s easy to get bogged by the details.  Operators are familiar with procedure – using checklists to break the range of information into bite-size chunks and for rescue.  But for those of us working independently (and ultimately you are working alone in the field at some point) or attempting to impart avalanche management strategies to the recreational ski tourer, a simple to-do list plus a forced procedural conversation can be effective tactics to cover your bases.

Anna Keeling is an IFMGA mountain guide based at Castle Hill Village and in Salt Lake City, Utah.  She mostly guides ski touring and teaches avalanche education to recreational tourers.  The weekly ski columnist for the Christchurch Press for the past 3 years, Anna is also an assessor for the NZMGA and AMGA (American Mountain Guides) and is the Training Officer for the NZMGA. 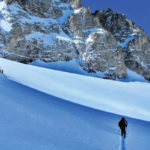 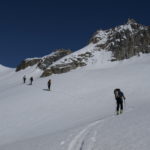 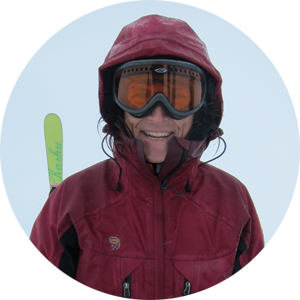 Your plans for this winter?
Not to make plans and make the most of yet another New Zealand spring until I return to the USA in late December.