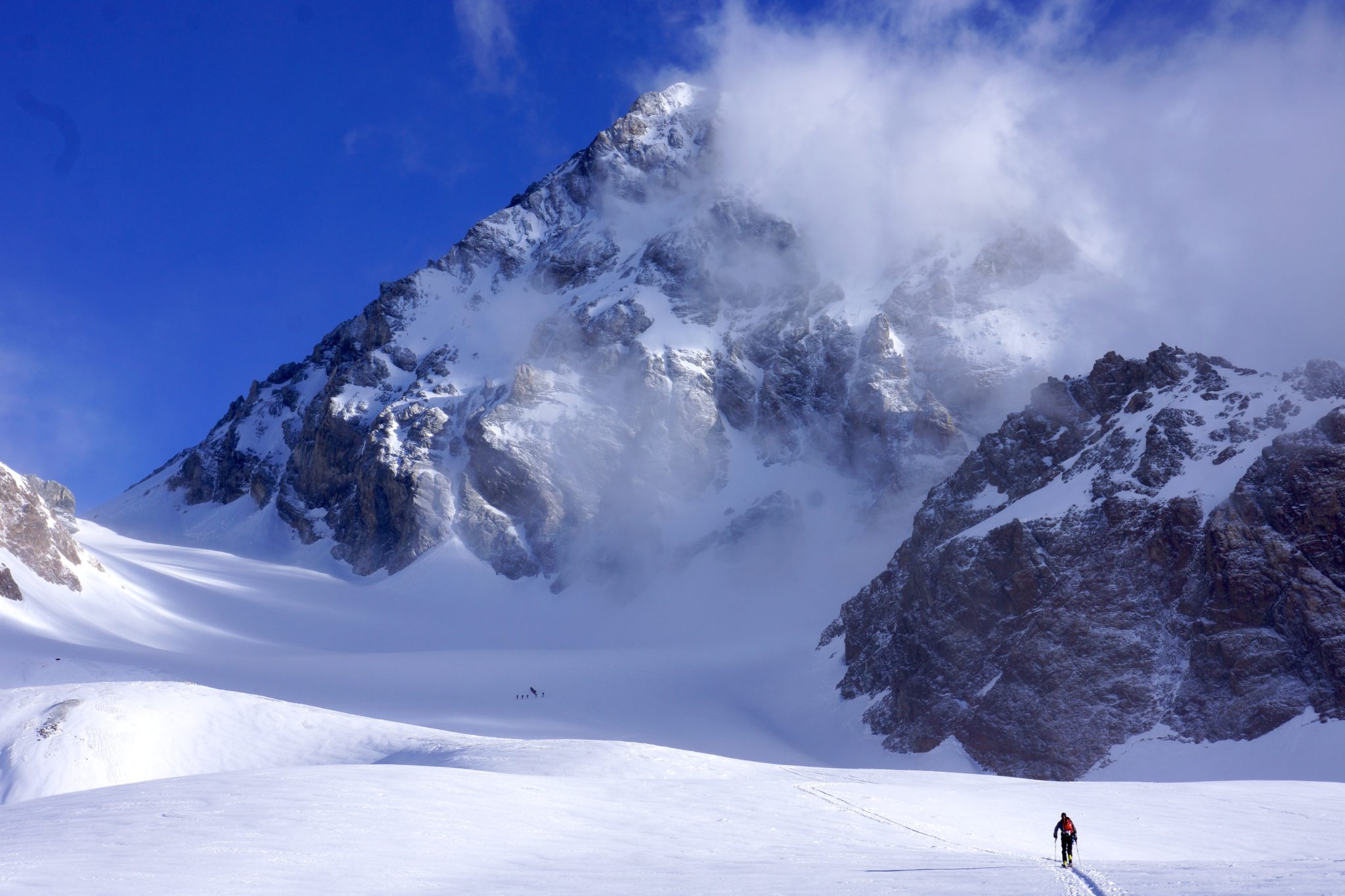 A few seasons ago I wrote a “Tour” column called “Stoke, Gloat, or Stroke” that focused on the motivations behind our social media posts about our backcountry skiing exploits.  The premise of that was thus: are we simply so excited about our outings that we want to share them with our friends, are we pretty pleased with ourselves that after moving to Utah from New Jersey that we finally skied this well-known line in blower powder and had to remind our friends back in Jersey how awesome we are, or are we seeking the now well-known buzz of micro-dosing endorphin hits as people “like” our posts and tell us how awesome we are.  Of course, it’s kind of a rhetorical question since it is probably some combination of all three and it depends on the person and the situation.   I was indeed pretty excited about my exploit, I can’t help but be a little proud of it, and gosh who doesn’t like a little praise now and then!

But what about the other side of that relationship?  What if you’re the person who considers yourself to be a backcountry enthusiast and a half-decent skier who gets out a surprising amount considering, but happens to have the golden handcuffs job in Cincinnati and who – like many/most of us – read various social media accounts by friends or read blog posts or listen to podcast interviews with athletes who are doing/have done some cool shit, while you go to the gym and school plays?  Or – almost worse – you actually live in a place where all these people are doing all this cool shit, and…..you’re not?  Forget Covid-19; a far more contagious and debilitating disease is FOMO.

Fear Of Missing Out.  If you show me someone who recreates in the outdoors, I’ll show you someone who has long struggled with this affliction.  Snakes, spiders, heights, public speaking; all are well-known fears, yes, but none are close to Fear Of Missing Out for many of us.  It makes sense:  successful backcountry touring has enough skills, gear, knowledge, and experience that one needs to be pretty motivated to do it.  Skiing and snowboarding can take years to master, riding in the backcountry requires aerobic fitness to get up the skin track, there are thousands of dollars of gear to invest in, and if you’re lucky enough to recreate in a place that has plenty of powder snow, you need to learn a lot about the complex science and art of avalanches.  Basically, to be a competent backcountry rider you need to be really motivated, and motivated people tend to be always aspiring, always comparing.   In the era of the interwebs and ever-increasing popularity of the backcountry, there are lots of opportunities to get infected by FOMO; people are gettin’ out and gettin’ after it all over the place, all the time, all winter long, and word about all these people’s exploits spreads like powder blowing over a ridgeline in a storm.  And as motivated backcountry tourers who get into this silly activity to actually find those special places and experience those special moments, we want to do those exploits too….badly!

How is this malady treated?  The first, and most obvious:  go and git some yourself.  Cancel your meetings, blow off your kids’ swim meet, take a precious vacation day, annoy your significant other (again), drive too far, buy an expensive plane ticket; whatever it takes, go and do what your “friend” just did and was so pleased about (or was he gloating?).  But will it still be there?  Have sixteen other people also read the post, Google Earthed it just like you did, and somehow already charged up there and now it’s bumped out?  The storm was 2 days ago and the sun came out for a few hours yesterday and baked the snow into a breakable crust?   Hopefully – if you’re lucky – you do go and git yourself some, and it works out great, or even if you missed the window of the super primo conditions it’s still tolerable and the effort you made to not miss out resulted in a memorable outing, hopefully with a friend. 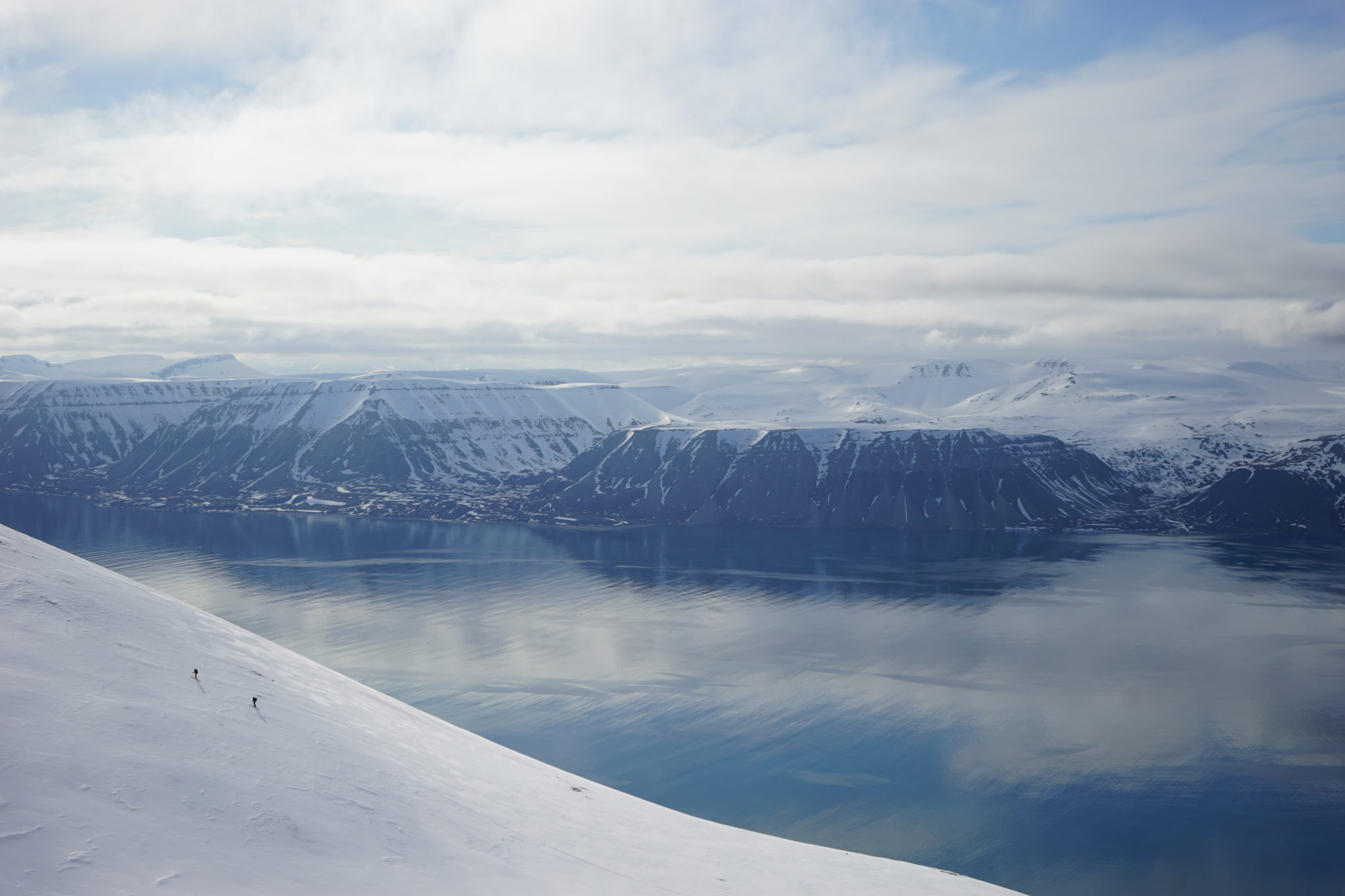 Another way to avoid FOMO is just to serenely stay above it all.  A seasoned old friend recently wrote an essay that started with the quote by a Burmese meditation master:  “We commonly mistake excitement for happiness.”  My friend went on to say that as a younger man he was a “junkie in perpetual need of an adrenaline fix” and even now, pushing 60, he still has an unhealthy relationship with adventure, getting anxious if he feels like he’s missing out.  But he tries to alleviate that by being rational:  “Do I have to do X to be happy?  If I do not do X, do I feel anxious or frustrated?   If I do X, how long will that satisfaction last?”  The oft-cited psychologist Daniel Kahneman, the 2002 Nobel prize winner in Economics (and only non-economist to win the prize) has pointed out that happiness and satisfaction are two different things; happiness is more of a short term fix, but fleeting moments of happiness don’t necessarily lead to long term satisfaction.  And by extension, he feels that “to some extent, we care less about enjoying ourselves than presenting the appearance of an enviable existence.”

But that’s pretty pessimistic; the truth is that most of us simply like getting out into the mountains and do a little hiking up to ski down, and if that means noodling around on low-angle terrain in high avalanche danger or firing the Gnarly Couloir; well, they are both good.

So what’s the remedy to acute cases of backcountry FOMO?   Neither Moderna nor Pfizer is going to make a vaccine, so we gotta cure ourselves.  We aren’t going to shut off the feed that provides the tales of outings by other folks, and it’s fun to be motivated to do new, fun, exciting adventures and outings that are inspired by the creativity and skills of others.  But it’s important to put those adventures in the broader perspective:  is it reasonable for me to do this now, with my gear/experience/skills, under these conditions?  Will those adventures be there later?  Will doing The Shit make me a better person?  Will it make me happy, and will that happiness last?  Does anyone else care?  Do I get out as much as I can given the big decisions I’ve made regarding my family and my career, that also provide me with plenty of fulfillment? If it bugs me that much that I’m not doing The Shit, do I need to make some fundamental changes to my life to enable more of it, and will that create more long term satisfaction?  And importantly, are there things that I do like seeing my kid score his first goal, watching a sunset with my grandmother, finishing an amazing book, or running through the park with my dog that are really just as fulfilling, but don’t look as good on the ‘gram?

The truth is that we are all infected by FOMO; even those who are creating it are in turn afflicted themselves, but keeping enough of a healthy relationship with it can lead to fun, fulfilling outings and hopefully keep us out of the ICU. 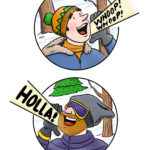 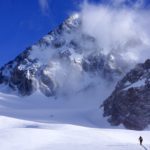